Cornstarch is a pure starch powder that is extracted from corn kernels by removing their outer bran and germ, which subsequently leaves behind the starch-rich endosperm.

Cornstarch is a common household ingredient that is used for a plethora of reasons in the kitchen. When starch is heated, it's very good at absorbing water, giving cornstarch its primary purpose as a thickening agent for an array of different sauces, fillings, and gravies. 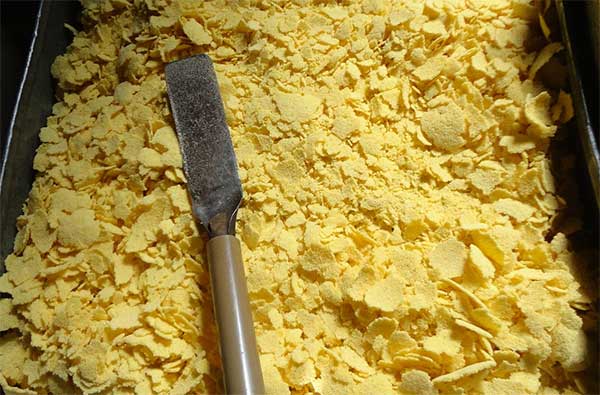 Whether you're making a delicious pie filling, are aiming for a crispy crust when frying, or are trying to perfect a gravy recipe, we all know that thickening agents are an essential ingredient in making our favorite recipes more convenient.

But if you don’t have cornstarch to hand, you might be wondering what is a suitable substitute for cornstarch?

We’ve compiled a list of 9 suitable substitutes to try when you run out of cornstarch, so you don’t have to panic the next time that you run out.

Save yourself a trip to the store and check out our favorite substitutes for cornstarch below! 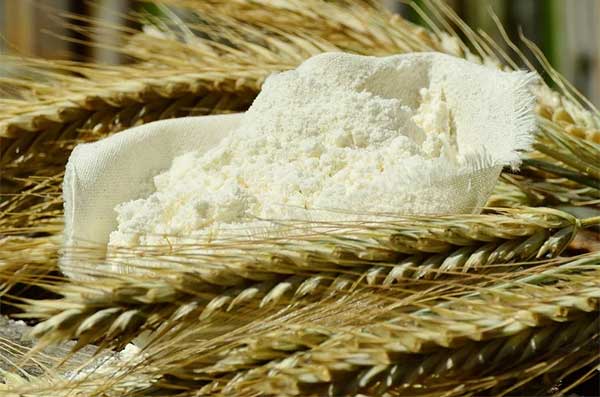 Wheat flour can easily be used as a substitute for cornstarch when you’re in a bind. Generally speaking, wheat flour is the most common flour used in baking, so you’re more than likely to have this alternative ready to use in your pantry or cupboard!

When using wheat flour as a replacement for cornstarch, remember to keep in mind that while cornstarch will give the recipe that it's thickening a glossy shine, flour won't have the same effect, but instead will result in a final product that's more matte.

For every 1 tablespoon of cornstarch, you'll need to use about 3 tablespoons of flour. Also, it is worth mentioning that you will need to cook the recipe that you're thickening for a few minutes longer to ensure that your dish doesn’t contain the raw flavor of the flour. 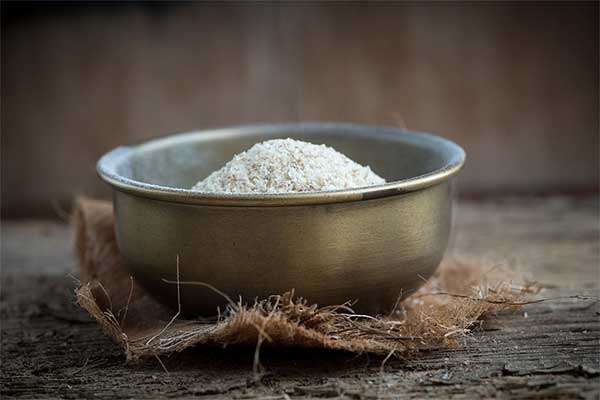 A good alternative to cornstarch is also rice flour! Rice flour is an incredibly versatile form of flour made from finely milled rice. It is a common ingredient that is effectively used to thicken both sweet and savory sauces and is often found in Asian dishes.

Rice flour is distinct from rice starch, which is typically made by steeping rice in lye. Generally speaking, rice flour is colorless when mixed with water, so it can be particularly handy to have at your disposal when it comes to thickening clear liquids and recipes.

Rice flour is gluten-free and is easily available and affordable! Unlike a lot of gluten-free products, rice flour is relatively affordable, making it an excellent essential for your kitchen cupboard or pantry. As a substitute for cornstarch, it certainly won’t be breaking the bank which means you won’t feel bad for replacing it!

As a common substitute for wheat flour, rice flour acts as a good thickener as wheat flour does, so be sure to use the same proportion as our last suggestion: 3 tablespoons for every 1 tablespoon of cornstarch. 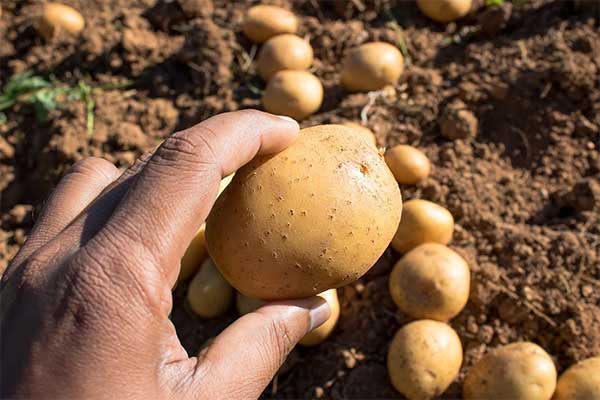 Another excellent alternative to cornstarch is potato starch! Potato starch is the starch found in potatoes and is a refined starch, meaning that it’s high in carbs and contains very little fat or protein. As a thickening agent, potato starch is known for its neutral taste, good clarity, and high binding strength.

Similar to other tuber and root starches, potato starch has little to no flavor, meaning that its bland taste won’t add any unwanted flavor to your recipes.

For anyone trying to avoid gluten, it is important to note that one of the health benefits of potato starch is the fact that it is naturally gluten-free, unlike many flours that typically contain gluten.

You should always be careful to whisk the potato starch thoroughly, as it tends to clump up more than cornstarch and you don’t want it to be lumpy in your recipe. 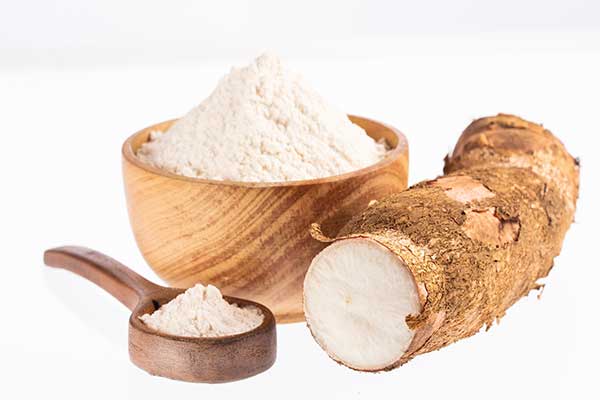 Arrowroot is a tropical tuber native to Indonesia. The powder is obtained from the rhizomes (rootstock) of several tropical plants, traditionally Maranta arundinacea, and can be used in a variety of dishes in lieu of cornstarch.

As arrowroot is gluten-free and grain-free, it is another great alternative for celiacs or people with gluten intolerances as well as being paleo-friendly. Similar to the majority of gluten-free and paleo flours, arrowroot powder isn’t generally used on a 1:1 ratio of the cornstarch or ingredient that it is replacing.

Therefore, when you’re using it as a cornstarch substitute, you should aim to start with 1/3 to 1/2 the amount of cornstarch that the recipe requires.

Whereas cornstarch has a slight taste and generally leaves food cloudy and opaque, arrowroot powder has no taste and leaves food glossy and clear. This means that it won’t alter the taste or look of your recipe!

It is important to remember two factors when using arrowroot powder as a thickener.

Firstly, always make a slurry first. Stir the arrowroot powder with a small amount of cold liquid first to ensure that there are no lumps, before adding it to your recipe.

When cooking your recipe, always make sure that you add the slurry at the very end of the recipe. You don’t really want to cook with arrowroot as it will break down at higher temperatures, so stir it in right before you serve it. 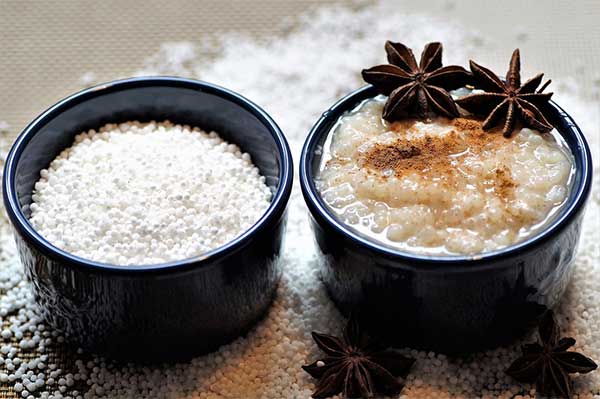 Tapioca flour is a great alternative to cornstarch. Tapioca is a starch extracted from the storage roots of cassava, a species of plant native to the north region and central-west region of Brazil but is commonly found throughout South America.

Tapioca flour is made by grinding cassava roots to a pulp and filtering out their starch-rich liquid, which can then be dried into tapioca flour!

However, although cassava is an edible tuberous root, it often contains cyanogenic glycosides, which can result in fatal cyanide poisoning. As a result, the cassava plant must be properly detoxified by soaking, drying, and scraping before it is safe to consume.

Tapioca gives a gorgeous, shiny finish to any dish, unlike standard flour which tends to be more matte. Using tapioca flour can also save a lot of energy, given that it can gel with your dish at relatively lower temperatures.

This substitute for cornstarch is an excellent choice for dishes that require chilling, unlike cornstarch which tends to coagulate when it has been refrigerated. It is also important to note that tapioca flour does not benefit from being cooked for long periods of time, and can be overcooked easily if you’re not careful.

Glucomannan is a natural, water-soluble dietary fiber extracted from the roots of the elephant yam, also known as konjac.

Glucomannan is an excellent substitute for cornstarch, especially when you’re making sweet recipes like smooth, delicious custards, pies, as well as gravies, and condiments. However, as it is flavorless and doesn’t contain sugar, it also contributes well to savory recipes, too.

Glucomannan is very rich in soluble fiber. Long used in traditional Chinese medicine, glucomannan is now sold as a dietary supplement and is frequently used to aid weight loss as it contains low calories and carbs. This makes it an incredibly popular substitute for cornstarch for individuals that are watching their weight or are following a low-carb diet.

There are many health benefits thought to be associated with glucomannan. Soluble fiber of any sort can help maintain or improve digestion. Glucomannan works by building bulk in the intestines. This not only helps relieve constipation, but it can also slow the absorption of sugar and cholesterol from the gut. It has been suggested that glucomannan may help keep cholesterol levels in check.

It is important to note that glucomannan thickens at quite low temperatures, so mix it with a little splash of cold water before you combine it with your dish in order to prevent it from clumping together when it hits the hot dish that you’re making.

The majority of people use around a quarter of a teaspoon of glucomannan for every 2 teaspoons of cornstarch. 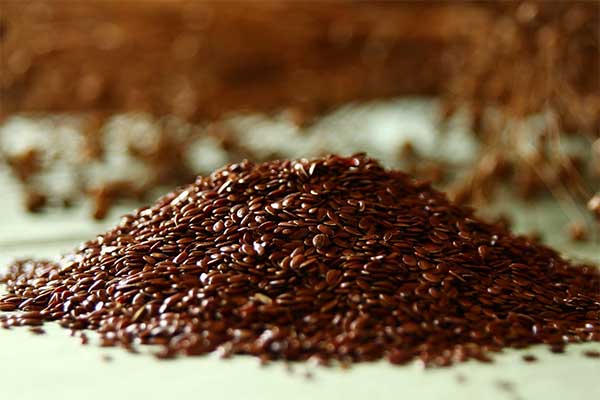 Ground flaxseeds are known to be a good substitute for cornstarch, as they are very absorbent and form a jelly when mixed with water. As a superfood that is plant-based, flaxseeds provide healthy fats, antioxidants, and are a great source of fiber to incorporate into your diet.

Known as a functional food, people tend to eat flaxseeds to boost their health. There are multiple health benefits seen to be associated with eating flaxseeds.

For instance, flaxseed is a good source of lignans, which appear to have antioxidant properties. Alongside this, it is thought that flaxseed contains omega-3 fatty acids, which can help prevent heart disease and lower blood pressure, too.

However, the consistency and texture of flaxseed can be on the gritty side, unlike cornstarch, which is generally smooth in texture. That being said, flaxseed can increase the fiber content of your dish!

When it comes to you thickening a dish, you should try substituting cornstarch by mixing 1 tablespoon ground flaxseeds with 3-4 tablespoons water. This should replace around 2 tablespoons of cornstarch, but you may have to experiment with it to get the perfect consistency.

After all, trial and error is a big part of experimenting with new ingredients in the kitchen! 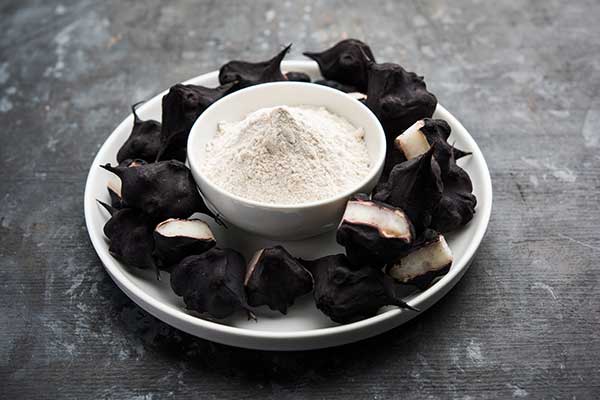 It is worth noting that water chestnut flour is not to be confused with chestnut flour, which is alternatively made from chestnuts and is good for providing recipes with an earthy, nutty flavor.

The process of making water chestnut flour includes boiling, peeling, and then grinding the nuts into flour. Its primary use is as a thickening agent and to make a batter for deep frying in Indian and Asian cuisine, including recipes that use proteins such as chicken and prawns.

As well as being a thickener, water chestnut flour can then be used to prepare different types of bread, cakes, pancakes, and pasta dishes!

As a substitute for cornstarch, water chestnut flour can also be used to add body to condiments. It usually gives a smooth, glossy finish to your dish, although you will need to take extra care when it comes to stirring this alternative through your dish.

To prevent there being lumps, make sure that you whisk the water chestnut flour with a bit of water before adding it to your dish. An equal amount of water to chestnut flour is recommended to use a thickening alternative for cornstarch, especially when it comes to making Asian recipes.

A great alternative to cornstarch is xanthan gum, which is a vegetable gum made by fermenting sugar with a bacteria known as Xanthomonas campestris.

A very small amount of xanthan gum is recommended to use as an effective thickening agent and stabilizer to prevent ingredients from separating and is perfect for making sauces to save you time when it comes to reducing a dish.

It is worth noting that xanthan gum can cause digestive problems when used in large quantities, however, as a thickening agent, there is little risk that you’ll be adding a large amount to your food anyway.

There are many thickening agents out there that work just as well as cornstarch for thickening stews, sauces, pie fillings and more! You’re not limited to just one ingredient to achieve the same or similar results.

Next time you go to cook a recipe, do not be alarmed if you find yourself in a situation whereby you don’t have enough cornstarch in your pantry. Experiment and have fun with some of our suggestions!