Run out of Poblano Peppers and can’t find any at the store? Don’t worry, there are plenty of other peppers out there that will work instead.

We’ve compiled a list of the best substitutes for Poblano peppers that still pack a punch. Keep reading to find out. 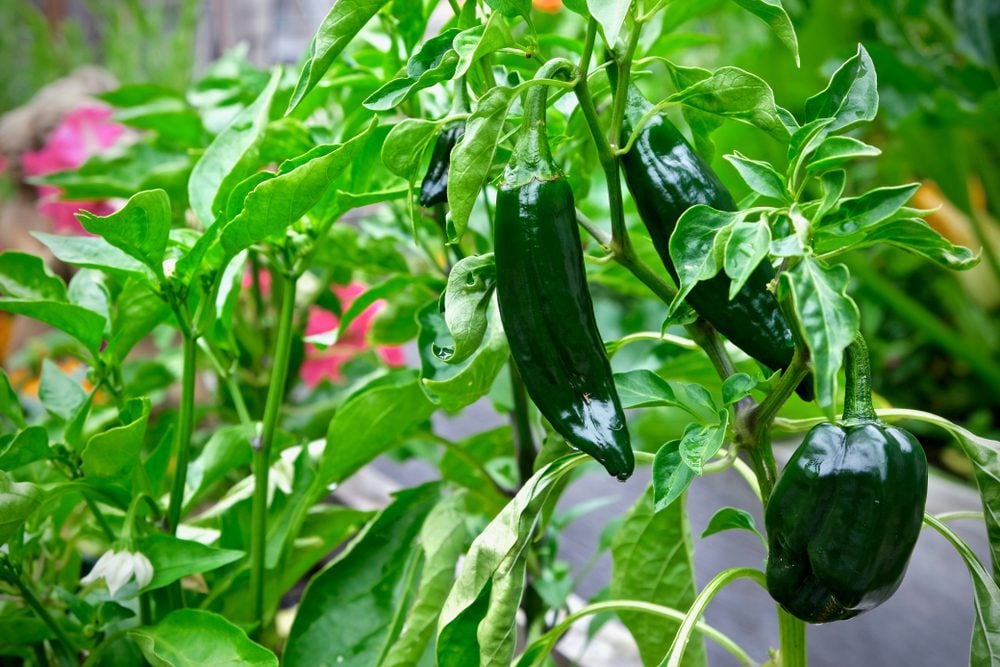 What are Poblano peppers?

Poblano Peppers originated in Puebla, Mexico. The large heart-shaped peppers are one of the most popular peppers grown there.

As Mexican cuisine has seen a huge increase in popularity across the globe, Poblano peppers have become much more well-known and can be found in lots of popular dishes today.

They’re usually used in cooking when they are dark green in color, but they ripen to dark red or brown. In terms of heat, they are quite mild but delicious.

Their earthy, rich taste makes them the perfect addition to lots of dishes and their low spiciness means they can even be eaten whole or stuffed with meat and/or vegetables.

Their heightened popularity means you may find it hard to come across this versatile vegetable. Fortunately, there are plenty of other delicious peppers out there to discover. So, let’s get started. 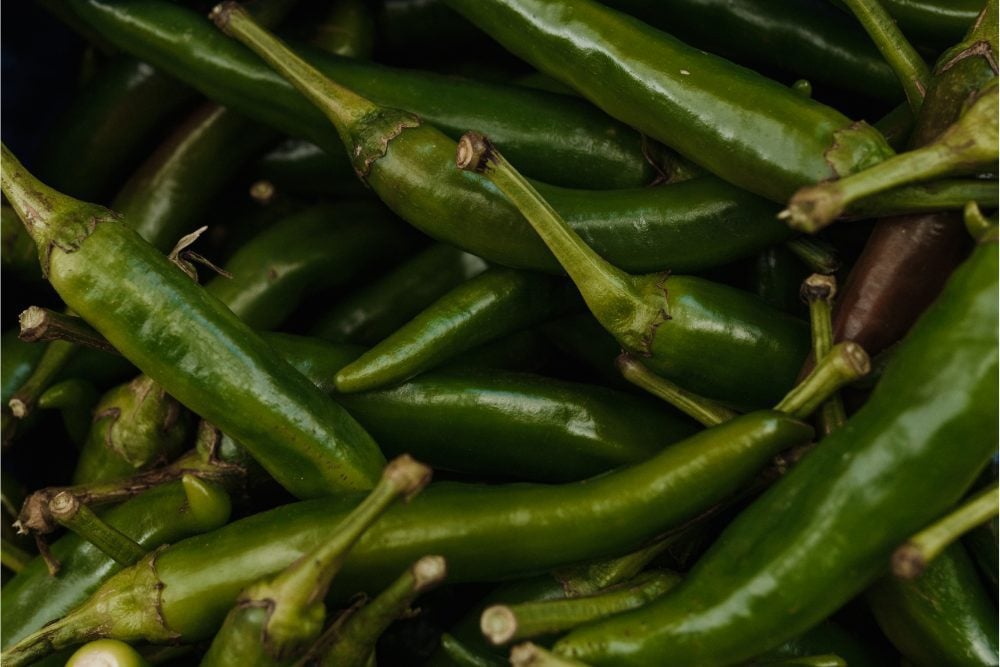 Jalapeños are another incredibly popular Mexican pepper, perhaps more so than Poblanos. They are a little hotter than Poblanos, but they are very similar in texture and taste.

Jalapeño peppers don’t look very similar to Poblanos, but they’re actually pretty similar in taste. Like Poblano peppers, Jalapeños have a lovely earthy flavor, although they are slightly lighter and sweeter than Poblanos.

To use them as a substitute for Poblanos, remove the ribs and pith to reduce some of the heat.

Jalapeños can be used to replace Poblanos in salsas, rice dishes, and can even be stuffed with meat or cheese for a tasty substitute. 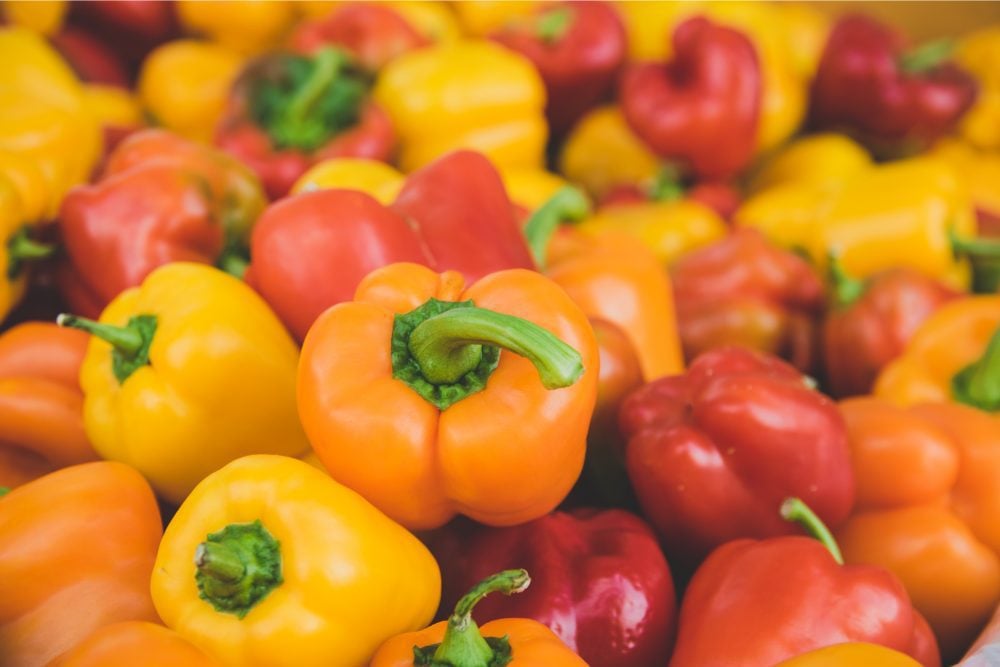 Bell peppers are a great substitute for Poblano peppers. They look a lot more similar in appearance than Jalapeños but lack some of the earthy flavor of Poblanos.

They are quite similar in taste still, although they are milder than Poblanos. People tend to enjoy eating red bell peppers best because they are nice and sweet but, when it comes to substituting bell peppers for Poblanos, the green bell pepper comes out on top.

This is because green peppers are much more earthy in taste, like Poblanos.

Plus, they’re pretty large so are great for stuffed recipes!

The only downside to bell peppers is the lack of spice so, we recommend adding some crushed chili flakes or chili powder to your recipe to recreate the heat provided by Poblano peppers. 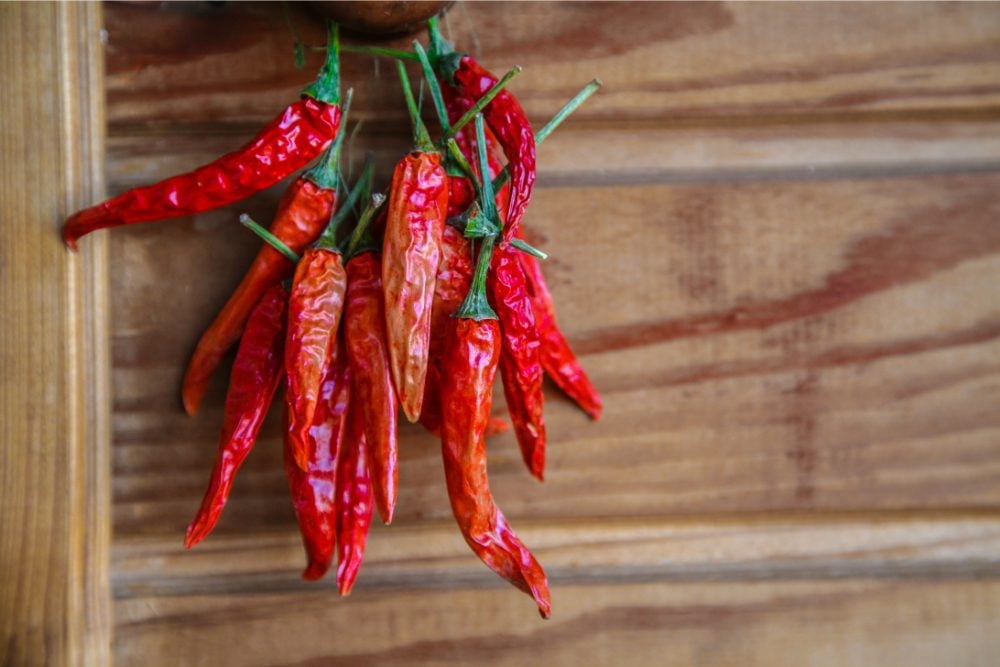 Members of the same family as Jalapeño peppers, Cayenne peppers also make great substitutes for Poblanos. They won’t work for stuffing recipes because they’re too thin, but the flavor they add to recipes is delicious and pretty close to that of Poblano peppers.

You will typically find these peppers used in their dried form or as a powder that you can add as seasoning to recipes.

To replicate the spice and flavor of Poblanos in your dish, keep the ratio 1:1, and you’ll hardly notice the difference! 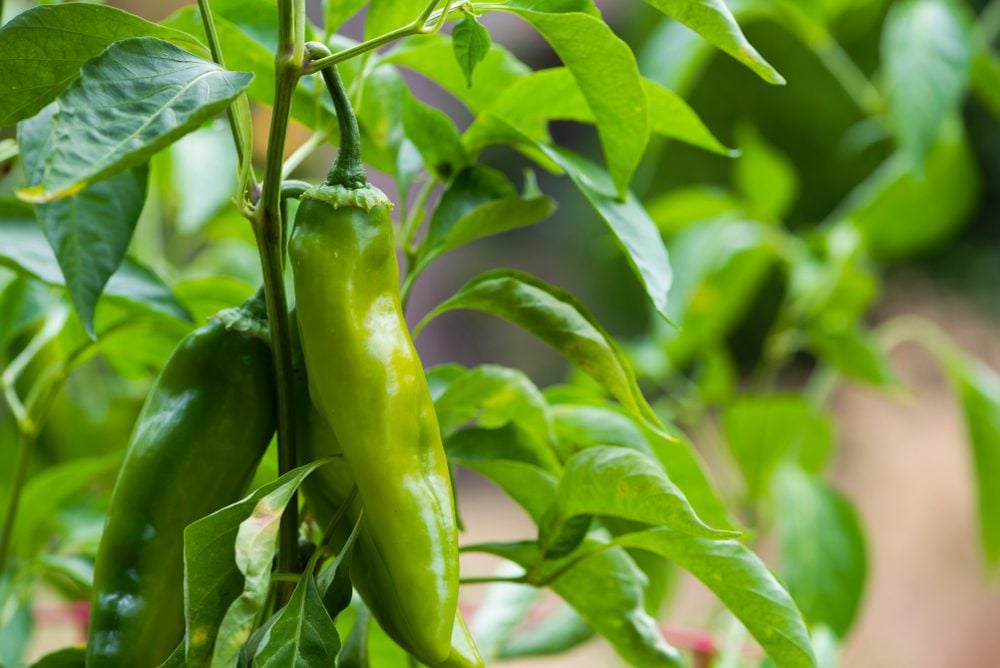 Another similar pepper in terms of appearance are Anaheim peppers. They work as a great substitute for Poblanos but bear in mind they are a little spicier so, we recommend using a little less Anaheim peppers than you would Poblanos so as not to overpower the dish.

When using them in cooking they are typically sliced or diced similarly to bell peppers, but they are also big enough to use for stuffing.

When it comes to spice it’s also worth noting that when Anaheim peppers are cooked they actually become a little spicier and sweeter, so again just remember to factor this into the cooking process and consider just using less of them. 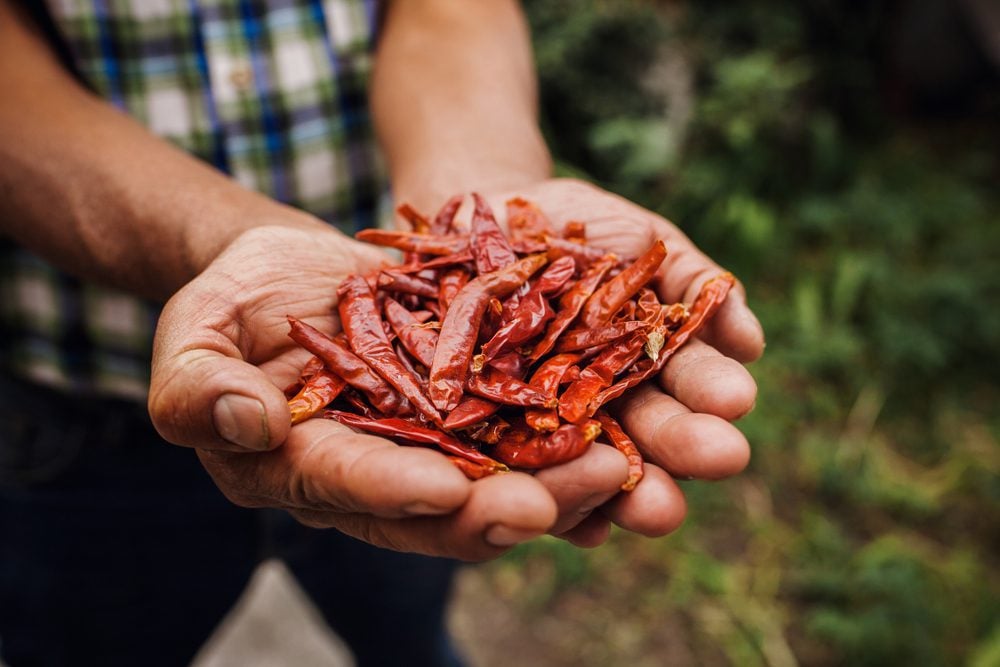 These peppers are pretty similar to Jalapeños in terms of heat, so they would need to be used in moderation in order to better match the spice level of Poblanos.

Guajillo peppers are pretty popular in Mexican dishes and are great for using in sauces and salsas. If you’re looking to purchase these you will likely find them dried or in a paste form which is great for cooking sauces. 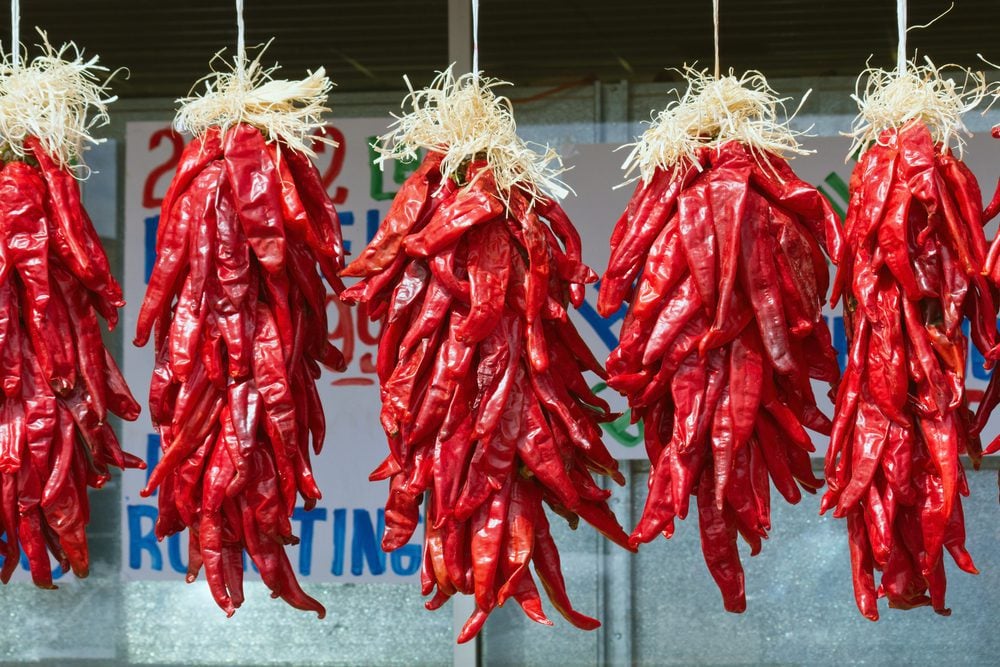 New Mexico chilies are great substitutes for Poblano peppers because they are very similar in taste and heat. They produce a nice earthy taste with a hint of sweetness while still packing a punch, although relatively mild in spice.

These peppers are super versatile and can be added to stir-fries, baked or used in sauces. 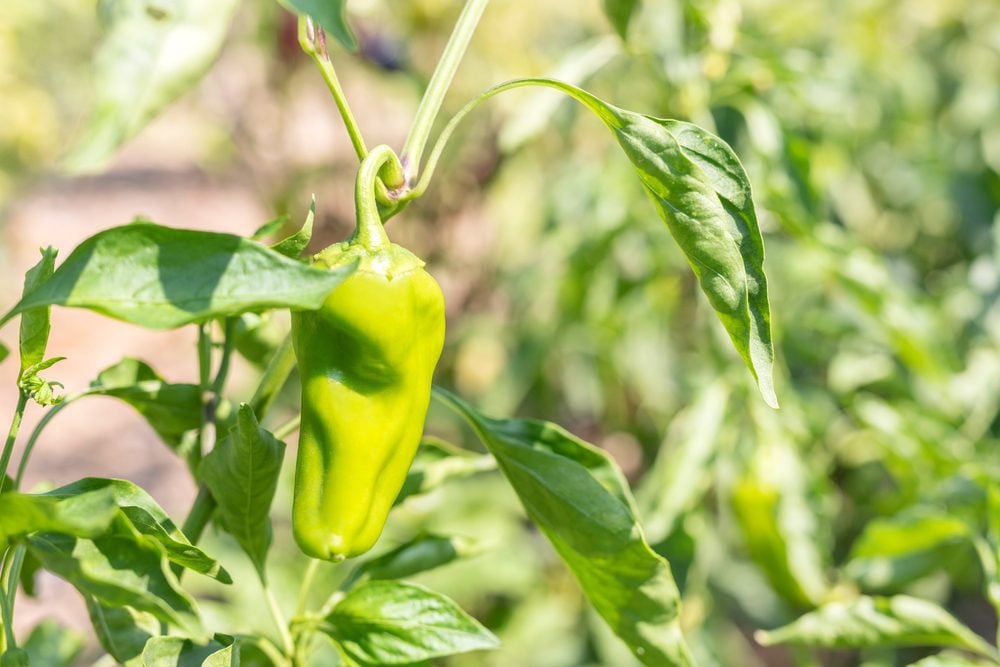 Cubanelle peppers are a delicious but low-spice alternative. They’re often used as a seasoning powder, but they can easily be used for stuffing with cheese, meat or other tasty ingredients.

That being said, they’re not quite as thick as Anaheim or bell peppers, so they won’t handle as much stuffing, but just take care when using them for this purpose and don’t fill them too much. 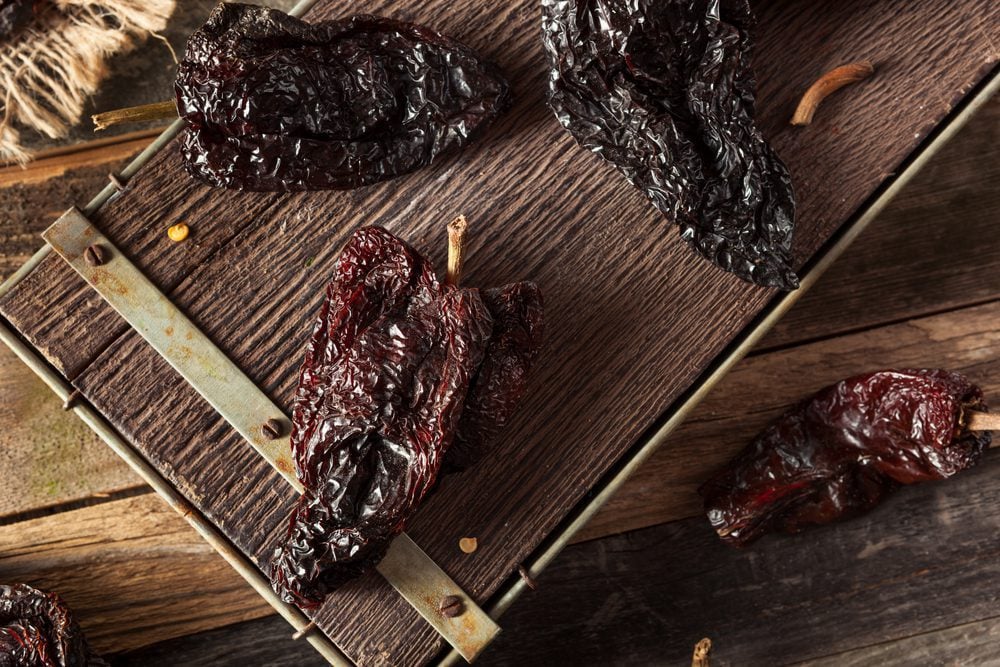 Ancho peppers are simply dried Poblanos, but they may be easier to find in stores, although they are still harder to come across than Bell peppers or Jalapeños, but it’s worth looking for them because they will be able to provide the closest match to Poblanos.

The only problem is, because they are Poblano peppers that have been dried, their taste is altered slightly, so they produce an even earthier and smoky taste compared to their fresh counterparts.

They’re also not as spicy, but for some, this is a good thing as they can be a good low-spice option.

Don’t let that put you off though, all you need to do is take the taste difference into consideration and reduce the amount you use in your dish. 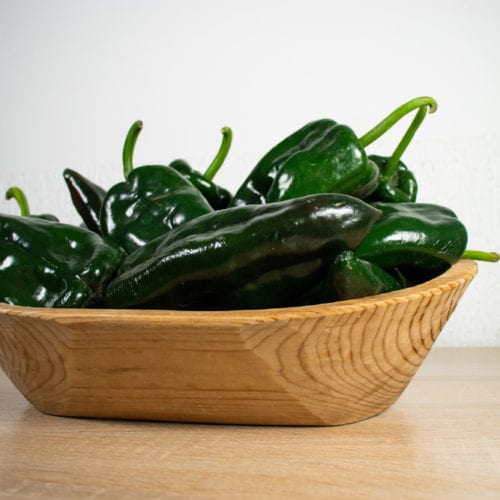 These options are sure to be a hit. So, gather your family and friends and enjoy. Let us know your thoughts!
5 from 6 votes
Print Recipe Pin Recipe
Total Time 9 mins
Course Substitute
Cuisine American
Servings 4
Calories 145 kcal

Calories: 145kcal
Keyword poblano pepper substitutes
Tried this recipe?Let us know how it was!