It would be difficult, anywhere in the United States, to find someone who doesn’t like pizza. A recent survey put pizza in the number 2 spot when it came to America’s favorite fast foods.

350 slices of pizza are eaten every second in the U.S. Roughly 13% of all Americans eat pizza on any given day.

The traditional pepperoni is made of pork pepperoni or beef pepperoni sausage. 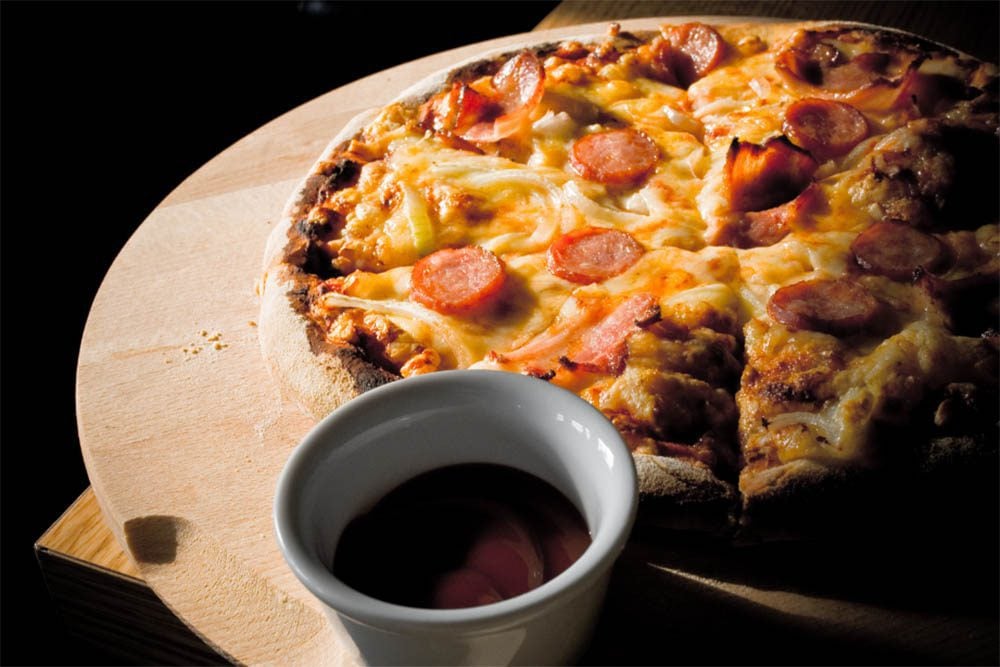 Why is any of this relevant to old world pepperoni?

Care to take a guess what America’s favorite pizza topping is?

251.7 million pounds of pepperoni, eaten by Americans just on pizza every year, according to data from the National Association of Pizza Operators.

That’s a lot of pepperoni.

But there’s pepperoni and pepperoni. Sure, any pepperoni makes a pizza better. But have you ever thought about adding old world pepperoni to your next pizza?

It will transform your pepperoni pizza into something altogether richer, spicier, and crunchier than you’re used to.

So what is old world pepperoni?

Based on recipes for Italian salami, it’s a form of salami made from a mixture of cured beef and pork, seasoned with paprika and chili.

What are you looking for? It’s a dark red salami in a traditional casing of sheep gut, and the tell-tale sign of an old world salami is that when you cook it, it curls up, unlike the American Style Pepperoni you’re used to.

That’s the sheep gut casing for you. That also means it comes in more irregular sizes and thicknesses than American-style pepperoni.

Where does this American rebel come from? Let’s take a look.

The World History of Pepperoni

Pepperoni – which in both its major variants is an American invention – arrived in the American lexicon in 19th-century Manhattan, seemingly as a derivation or association with the Italian “peperone,” the word for bell peppers.

As a pizza topping, it probably began in the early 20th-century, catering to an increasing Italian migrant population.

The first pizzeria in America opened in 1905 in New York, when Gennaro Lombardi, who ran a grocery, started selling a version of the Italian staple to Italians in the neighborhood. 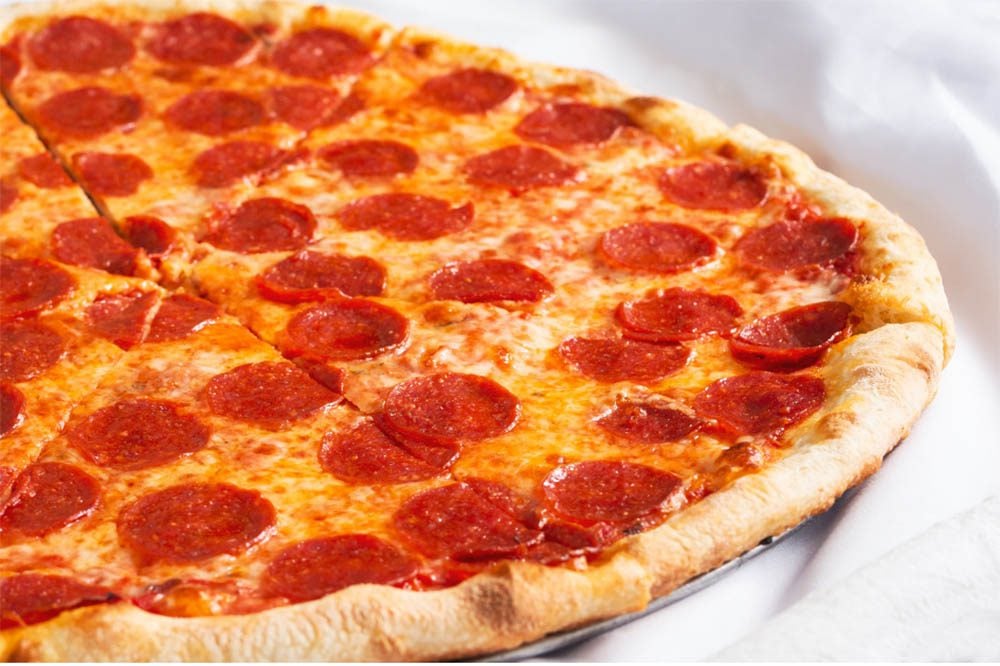 As more and more Italians arrived in New York, pizza shops began to spring up across the city.

But crucially, for the best part of four decades, pizza was regarded as an ethnic food by most Americans.

What changed all that was probably America’s involvement in World War II.

Sending troops from all over the U.S. to fight in the battlefields of Europe exposed them to all kinds of new taste sensations, including pizza.

After the war, there was a new spirit of food tolerance across the States, and pizza broke through to mainstream U.S. tastebuds.

And in a mark of glorious irony, former soldiers who would never have tasted pepperoni on pizza in Italy took to it wholeheartedly when they found it in the States.

Italian salami makers also played a part, refining their recipes for an Italian American – and then an All-Kinds-Of-American palate. Meat was ground finer than it originally was, for a smoother textured pepperoni.

And, because America as a whole was fairly squeamish about animal gut sausage casings, more artificial casings were used.

Pepperoni never looked back, though it did divide into the American Style – that smoother variant – and the relatively rugged, coarse, take-no-prisoners old world version, which has significantly lost out in major pizza chains by being on the whole less obedient and less manageable than American style.

That’s a shame, because old world pepperoni has a spicier, more vibrant flavor profile than the American style, and it deserves a place on your pizza.

What are the differences between American style and old world pepperoni?

So, we have American style pepperoni, and we have old world style. How do you tell them apart?

Well, the American style comes in an artificial casing, for one. That means it behaves better, slicing easier and more evenly.

That has led it to a place of pre-eminence among pizza chains, that depend on a repeatable, regulated, reliable product to deliver the same result time after time.

But while it might be rude to ask a pepperoni to show you its casing, you can usually tell the two apart at a glance.

On the one hand, American style is usually available in larger discs (and they’re more uniform because of that artificial casing). It’s also usually more orange than the darker red of the old world variety.

When you cook it of course, the old world pepperoni will curl up, whereas American style will lie there and bask until you flip it.

And when you taste them, the old world pepperoni will generally have a spicier flavor profile than the American style variant, being heavier on the paprika and chili than the more widely popular version.

Just as before the war, pizza itself was regarded as too exotic for many Americans, there’s still a degree of spice-aversion in great swathes of the country, which, coupled with the obedience of the American style, has made old world pepperoni slower to be taken up as the flavor bomb it is.

One of old world pepperoni’s defining characteristics is its tendency to curl when cooked.

That’s down to two factors. Firstly, the thickness of the pepperoni, and secondly, that natural sheep gut casing.

The thickness of the pepperoni means the bottom and the top heat up at different speeds, and the sheep gut casing enhances that effect. The top shrinks first, and pulls the edges upward.

What you get as a result is curled, crunchy, almost bacon-like spicy pepperoni that, if anything, is more addictive than standard American-style pepperoni.

Sure, you can order up the pizza of your choice from your favorite local place, and just add old world, but sometimes, you want to go all out and make pizza from scratch.

Next time you do that, here’s a recipe that will give you a great result with old world pepperoni.

The crispiness of old world pepperoni will give your pizza a whole new dimension of crunch (especially if it’s the last ingredient you add).

Whoever you make it for – even if that’s just yourself – it’s a whole new pepperoni experience, and very likely your new addiction.