Is there anything better than filling the kitchen with the smell of cooking bacon?

Whether you’re having it for breakfast, as a sandwich snack, or as part of a meal, bacon is a meal that can be found in many houses, a day-to-day item for the grocery list.

However, bacon is one of those foods that need to be eaten not long after they’ve been bought. Unopened and uncooked bacon will last around 2 weeks in the refrigerator, which is pretty decent.

But it will only last around 1 week in the refrigerator once it’s been opened. If you have a busy week, or you end up eating other things, you might find yourself out of time, and wasting the bacon! 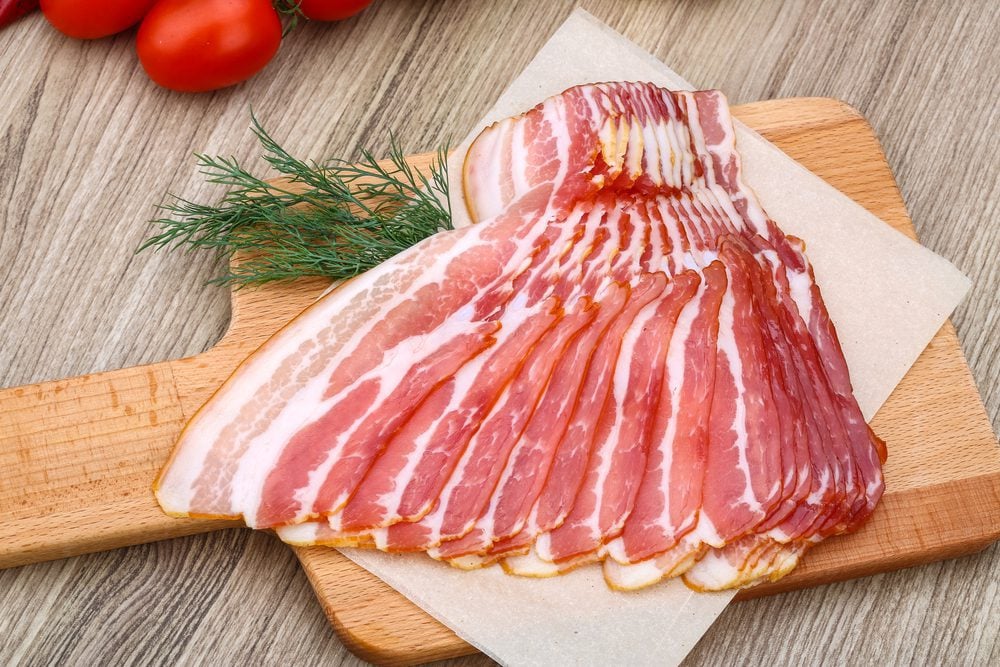 So, how can you preserve the bacon so that it lasts longer? Can you freeze uncooked bacon?

The answer is yes! You can freeze uncooked bacon, and it will then last a lot longer, so you don’t have to worry if you’re not planning on cooking and eating it for a while!

If you want to know how to freeze uncooked bacon, and how to keep it stored appropriately, how to defrost it, and much more, stick around!

How to Freeze Uncooked Bacon

As we’ve said, you can freeze uncooked bacon without a problem, so that it is preserved for a lot longer. This also means that you could bulk buy your bacon, and store all the extra in the freezer until you’re ready to eat it. That way you don’t have to worry about it during the weekly shop!

You might think that you can simply throw the uncooked bacon in the freezer, and that’s the job done. And in a way, sure, that will freeze and preserve the bacon. But for the best results, it’s important to freeze it in a more suitable way.

So, how do you freeze uncooked bacon? Let’s get right into it!

There are two main ways in which you can go about freezing your uncooked bacon, and it depends on whether it’s opened or unopened. If the bacon is still unopened and it is therefore still in its original packaging, then freezing is a lot easier.

Freezing uncooked bacon that has been opened, on the other hand, requires a bit more of a process, so let’s focus on that.

Here is a step by step guide on how to freeze uncooked bacon, once it’s been opened:

And that’s it, that’s how you can freeze uncooked bacon, once it’s been opened! Make sure that once you defrost it, you’re going to consume it.

Although it’s fine to freeze bacon, you really shouldn’t be freezing it more than once! 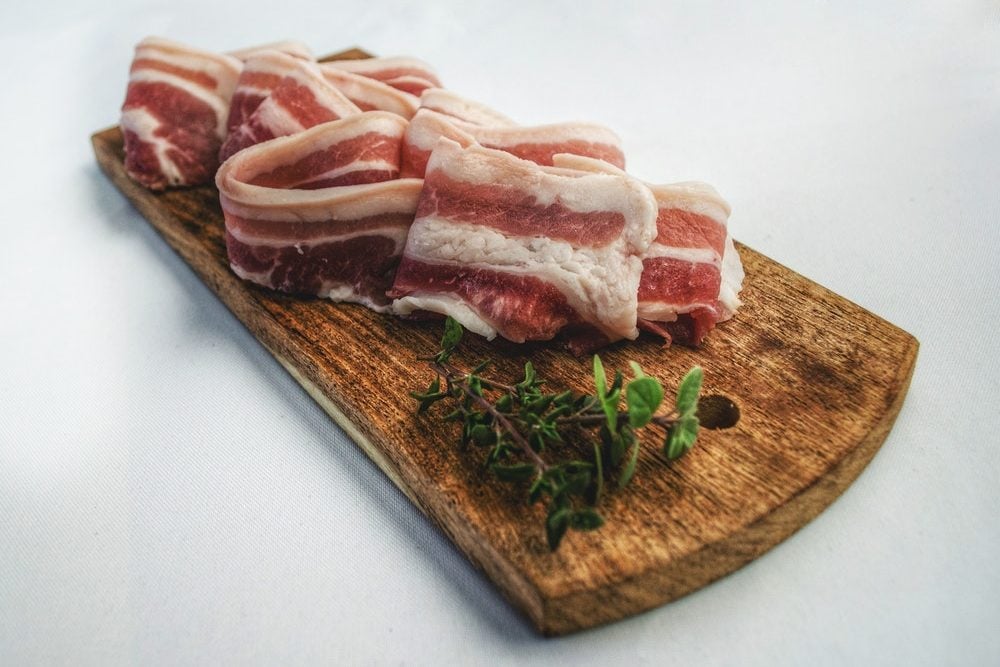 How to Defrost Uncooked Bacon

Once your uncooked bacon is safely frozen in the freezer, you have a lot more time to consume it. When you’re finally ready to cook and eat the bacon, however, you will first have to defrost it.

And here’s the thing with defrosting, it’s the trickiest bit of freezing food! It’s important to defrost food properly, or else the food can go bad in the process. Especially foods such as bacon. This is because raw meat is highly susceptible to growing bacteria, so if not defrosted right you could end up with food poisoning!

But don’t worry, we’re going to tell you, step by step, exactly how to defrost bacon, by guiding you through the thawing process.

There are different ways in which you can thaw bacon after being frozen, depending on how much of a hurry you’re in.

One of the easiest ways to thaw bacon is by leaving it to defrost overnight in the refrigerator. This is especially suited to thaw bacon that is still in its original packaging and is therefore unopened.

Once it is defrosted, it can be kept in the refrigerator for another day or two. Easy, simple, and you can then cook the bacon as normal for consumption.

But what if you want to defrost the bacon a little faster, instead of waiting overnight? Well, there are two other main methods: using the microwave, or defrosting in cold water. With both of these methods, you should then cook the bacon immediately after, and consume it.

Let’s look at both of these methods in more detail:

Defrosting the Bacon in a Microwave:

Thawing the bacon by using the microwave will take no more than 5 minutes, it’s a super easy and easy way to get it ready for cooking.

It’s perfect for when you want to defrost the bacon fast.

This is how to do it:

Defrosting the Bacon in Cold Water:

Another option for thawing bacon is in cold water, and this should take around 30 minutes max, so it’s also well-suited when you’re in a bit of a hurry.

This is how to do it: 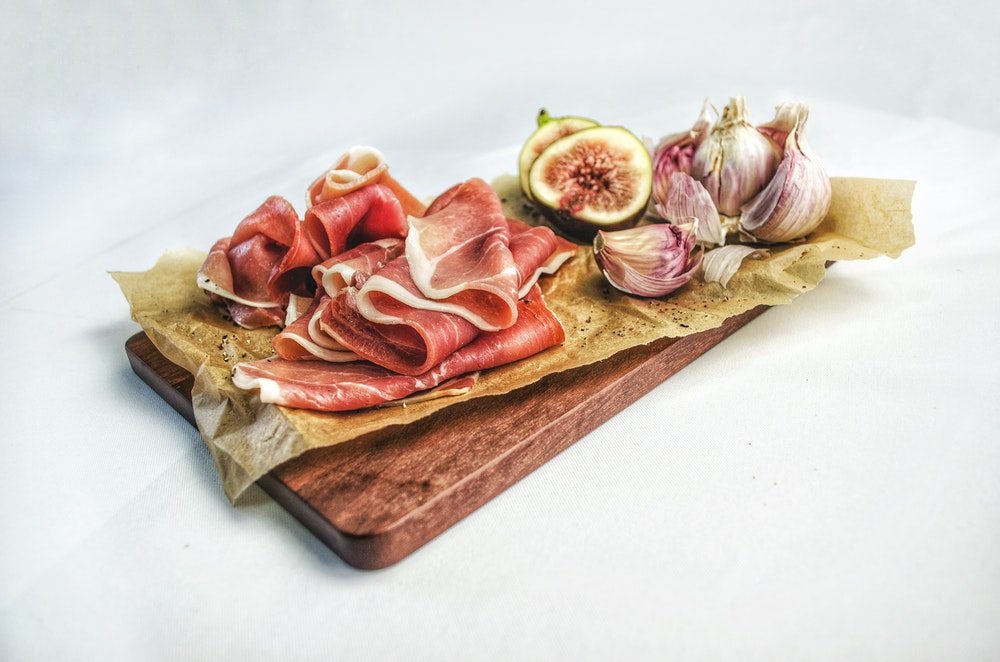 How to Store Uncooked Bacon Properly

Uncooked bacon is raw meat, and therefore it is highly susceptible to bacteria that could lead to food poisoning if it’s not stored appropriately. So just to be on the safe side, let’s go over the basics of how to store bacon, in different places.

The first, and most important thing that you need to know, is that uncooked bacon should never ever be left at room temperature. If it’s out at room temperature for too long, it runs the risk of breeding harmful bacteria, and might then give you food poisoning when consumed.

With that in mind, there are only two ways in which you can store uncooked bacon, the fridge, and the freezer. And depending on how it’s stored, the bacon will last for a certain amount of time:

When it comes to the freezer, bacon can actually last up to around 12 months or so, but it is not recommended to leave it there as long, as the bacon will not taste as good.

Should you freeze uncooked bacon?

We’ve more than established that uncooked bacon can indeed be frozen, allowing it to be preserved for longer. But a more important question is perhaps, whether or not you should.

Well, like most things in life, there are pros and cons to the decision. But ultimately, freezing your uncooked bacon or not, is up to you!

Right, let’s sum up everything we’ve covered. Can you freeze uncooked bacon? Yes, you can!

You can freeze it whether it’s unopened and in its original packaging, or whether it has already been opened. The only difference is that freezing opened uncooked bacon requires a bit more pre-freeze prep.

While uncooked bacon can last up to 2 weeks in the refrigerator if unopened, it can last up to 12 months when frozen, so it allows you to preserve the bacon for a lot longer so that it can be consumed at a later date.