Canola oil is the secret savior of the kitchen. It quietly does its job, with none of the fanfare that surrounds olive oil, or fancy oils like avocado and coconut. Many of us wouldn’t think of canola oil as a kitchen staple, only to be stuck for alternatives when it runs out.

Food can be temperamental about what it’s cooked in, and one oil is rarely the perfect replacement for another. If you’re used to canola, you may be at a loss for what to do when it’s gone.

There are substitutes for every use of this versatile oil, so you can keep on cooking. Look for these options on the shelf next time you’re shopping, and see what you can add to your cooking repertoire. 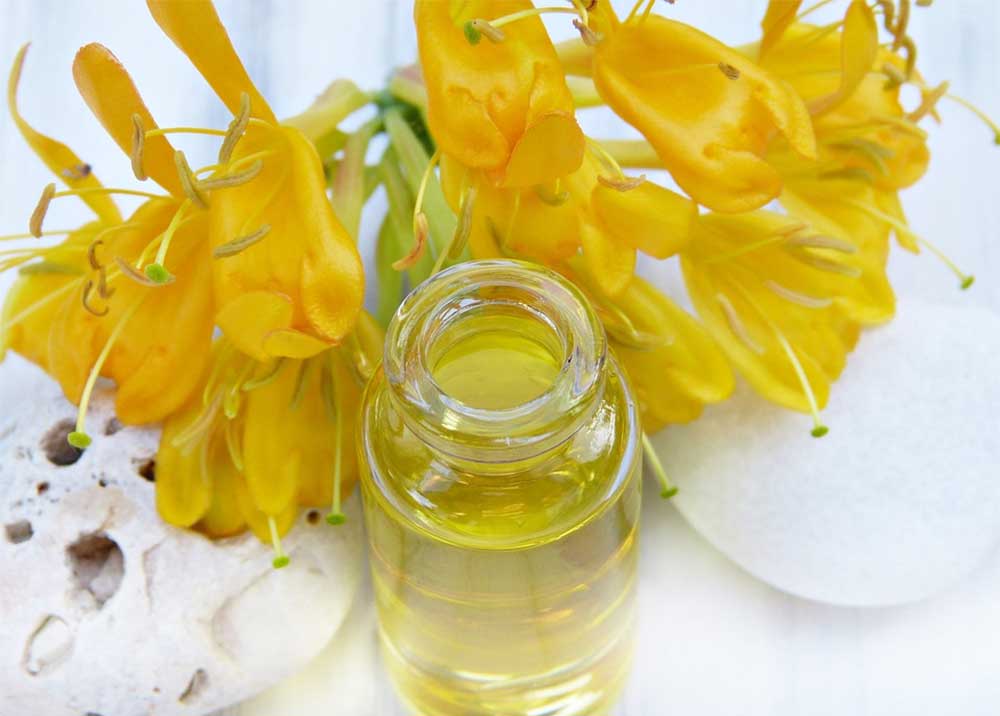 Why use canola oil?

There are a few real benefits to using canola oil, the primary reasons being the neutral taste, the high smoke point, and the non-greasy texture.

The neutral taste of canola oil is what makes it so perfect for baking and frying. Where other oils impart a taste to the food, canola oil allows the other ingredients to shine. Even if you need to use a lot of oil, the light taste of canola still won’t have a great effect on the rest of the food. This is perfect if you’re trying to delicately flavor a dish.

Canola oil also has a lighter texture, less greasy than some other cooking oils. This is due to the low level of saturated fats. Not only does this make canola oil healthier, it also makes it more pleasant to cook with - especially in large amounts. Any cook knows the greasy feeling of a long day in the kitchen, but canola oil can reduce this gross effect.

What are the best substitutes for canola oil?

Before you start subbing out your canola oil, you first need to consider what you’re using it for. What makes the best substitution will vary depending on what it’s cooking. The list below tells you what oils to pick up, and when to use them.

One of the primary selling points for vegetable oil is the price. This is a low-cost option that many consider a kitchen necessity. While vegetable oil is a good replacement for canola oil, there are a few features that make it less than ideal.

Primarily, vegetable oil is often a mixture of different things, which makes it difficult to pin down. On the whole, vegetable oil has the same neutral flavor and high smoke point as canola oil. Use it for baking, or for stir-fry, if you already have some in the house.

If you’re looking to replace canola oil for sautéing, or something to use as a salad dressing, then olive oil is the best choice. Olive oil has a stronger flavoring than other oils, which makes it less ideal for baking.

However, the medium-high smoke point and health benefits are all pluses if you need an oil to sauté. Olive oil can be expensive, but it is a fairly standard oil nowadays.

Sunflower oil is very similar to canola oil, with a light taste and a high smoke point. Sunflower oil can be used as a canola alternative in baking, and also for deep and shallow frying.

It’s also a healthy option, as it’s rich in polyunsaturated fats and vitamin E. Sunflower oil can be used as a direct substitute for canola oil, in all types of cooking.

Safflower oil comes from the pressed seeds of the safflower, and is very easy to confuse with sunflower oil. Safflower has a good high smoke point and a perfect neutral flavoring, making it one of the best canola oil substitutes.

And also a handy alternative if you run out of sunflower oil! If you have safflower oil, it can be used as a 1:1 substitute for canola oil. It’s especially good for baking or pan frying.

While peanut oil isn’t perfect for baking, it can be used as a canola oil substitute for frying. Peanut oil has a high smoke point, but it also has a distinctly nutty flavor. This is great if you’re making a stir-fry, but not so good for other dishes.

Let the natural peanut flavoring shine in your stir-fry, but leave it to one side for cakes. Also, people can have allergic reactions to peanut oil, so be careful when using it.

Vegan and vegetarian cooks will already know the benefits of coconut oil, but everyone should try this fantastic oil. It works as a direct substitute for canola oil, creating moist bakes with none of the coconut flavoring you might expect.

However, there are two things to be aware of. Firstly, coconut oil has a lower smoke point, so it can burn when sautéing. Secondly, coconut oil very quickly turns solid. If you have a tub of coconut oil in a cool kitchen, it will likely need to be melted before it can be used. While it melts easily, it’s an occasionally frustrating extra step.

If you enjoy experimenting with baking, then you might already be aware of how avocado can be used for moist cakes. The oil, extracted from the flesh of the avocado, is just as good. Use avocado as a direct substitute for canola oil when baking, for a healthy and tasty alternative.

Avocado oil doesn’t have a neutral taste, but it is less strong than olive oil. The only problem is avocado oil can be quite expensive. You may need to look through health food stores before you can get your hands on this one.

Applesauce is a trick many vegans have been using for creating healthy bakes. Applesauce can be used to create dense and moist cakes, with only a slight fruity hint. Be careful to buy unsweetened, or the sugar content can be incredibly high.

Use applesauce as a 1:1 substitute for canola oil in baking recipes. It goes without saying that this should be used for baking only, but we’ll say it anyway. Don’t try sautéing with applesauce, it just won’t work.

For traditional cooks, it may be impossible to understand how butter could ever be replaced with oil. However, once you’ve got the hang of it, this is an easy way to make healthier bakes. Oil replacement can make a bake dairy free, ideal for vegans or those with an intolerance.

Canola oil is perfect for cakes because it doesn’t have any flavor. Where an oil such as olive oil will impart a distinct taste, canola oil is entirely neutral. Using canola oil in a bake will give a healthier and tasty final product.

Generally, when replacing butter with oil, you need to use roughly ¾ of the amount of oil to butter. So, if a recipe called for 1 cup of butter, you’d use ¾ cups of canola oil. A direct 1:1 substitution can work, but you may need to add a little more flour, or remove small amounts of other liquid ingredients. This ratio works best for breads, muffins, and cakes.

When substituting butter with oil in cookies, slightly less oil again may be needed. Roughly half the amount of oil to butter should do. A cookie recipe that needs 1 cup of butter may only need ½ cup of oil.

Whatever you make, be careful to pay attention to the consistency. Check if oil needs to be added, or more flour sifted in.

It may take a little while to get the measurements spot on, so the best thing to do is to bake lots! If you’ve never used oil in baking, look for recipes that call for oil specifically. These will be perfectly formulated for the greatest consistency. Otherwise, try swapping for ½ oil and ½ butter. You can see how it works while the butter acts as support.

To quickly cut down on fats, use canola oil to grease baking sheets and cake pans. This can be done very easily, and is a simple swap.

If a recipe calls for other types of solid fats, then this can be replaced with the same ratio as you would use for butter. Slightly reducing the amount of oil used, compared to molten fat, will give the most accurate texture.

Canola oil can be used to make pie crusts, but it’s difficult. Because of how the flour absorbs the oil, the dough will be flaky and hard to roll. Once baked, the texture will be crumbly, rather than the ideal flakiness we want in a pie crust. However, it can still taste good, so it’s worth trying if you enjoy experimenting. You can also use soybean oil, grapeseed oil, extra virgin olive oil, and rapeseed oil in you baking recipe.

If you’ve never used canola oil for cooking before, then hopefully you’re finding yourself interested. Canola oil can be used in place of olive oil in many situations, and the neutral flavor works with varying cuisines.

When replacing olive oil with canola oil for grilling, use slightly more canola oil. This will give the meats a better texture, and a delicious coating across the outside.

When sautéing, or making a stew or soup, canola oil can act as a direct replacement for olive oil. However, as the smoke point is different, you may prefer to turn the heat up and keep an eye on it. Despite the differences, it’s very easy to adapt to using canola oil.

Olive oil is often used as a salad dressing, and this is where canola oil can’t compare. The mild taste of canola oil is perfect when baking. Unfortunately, salad leaves drizzled with canola turn greasy rather than tasty. Try using it as a base for salad dressing instead.

Why shouldn’t you use canola oil?

There are a few downsides to using canola oil, and they’re health related reasons. Canola oil is highly processed, and contains a large amount of omega-6 fats.

In order to get canola oil, the initial product needs to go through several stages before reaching the shelves at grocery stores. This refining processing includes bleaching and deodorizing, and other chemical treatments.

While the oils are safe to consume, this long refinement process strips away many of the nutrients inherent in the oil. While unrefined canola oil can be bought, it’s often expensive - and that’s if you can find any.

Canola oil also contains a higher amount of omega-6 fats. These fats are actually an essential part of our diets, but most people are getting too much of them. Canola oil contains a 2:1 ratio of omega-6 to omega-3, where the healthy balance is 1:1.

The answer isn’t to cut canola oil completely from your life. However, try using less oil when cooking, and especially avoid regular consumption of deep-fried food. Cut back on processed food, which often contains a greater oil content than homemade. Finally, use a variety! There are benefits to all kinds of cooking oils, so have fun experimenting. You can also use soybean oil, grapeseed oil, extra virgin olive oil, and rapeseed oil in your baking recipe.