Need a quick lunch? Grabbing some deli meat and shoving it into a sandwich is a great way to make a simple lunch. It’s tasty and convenient, making it the perfect lunch for someone who’s constantly on the go.

Contents show
Can Deli Meat Go Bad? If So, How Can You Tell When It’s Gone Bad?
How Long Is Deli Meat Good For?
How Long Does Deli Meat Last - if It's Been Sliced?
Can You Freeze Deli Meat?
Summary
Related Posts:

Turkey deli meat, ham, sliced deli roast beef, cold cut, bologna deli meat - just grab a slice of fresh deli meat, put it in between some bread or cheese and stick it in a fridge bag. You're all set for the day ahead. 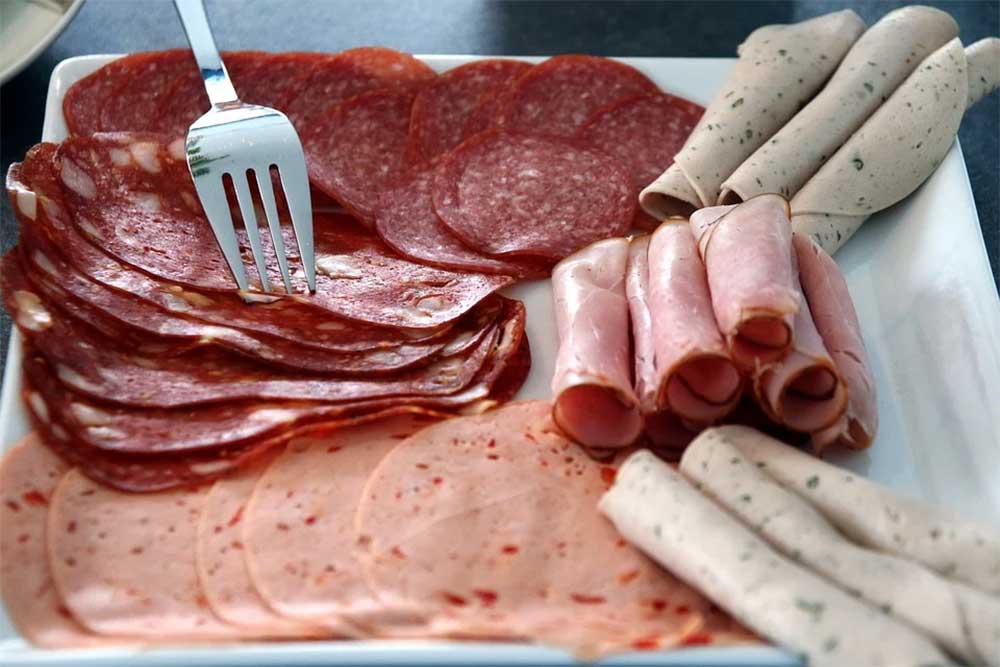 Here’s the issue. It’s very easy to overbuy deli meat. Perhaps one day you have a hankering for cooked ham, but the next day you’d prefer to make a tasty tuna sandwich. Before you know it, your meat is slowly disintegrating in the fridge. By the time you next need it, half a pack of ham has gone. This is even more problematic when you purchase half of the deli counter in a fit of excitement.

Regardless of the situation, you need to act fast if you want to save your beloved deli meats before they have to go to the dog. Of course, the first step is figuring out whether the deli meat has already gone bad before you attempt to make steps to preserve it.

Can Deli Meat Go Bad? If So, How Can You Tell When It’s Gone Bad?

Who wants to live forever? Deli meat certainly doesn’t. You can merely blink and your deli meat has expired, even if you’ve vacuum packed it and haven’t bothered to open it yet. Yes, there are some meats that last longer - we’re looking at you, pepperoni! But even those meats don’t last for very long. They aren’t going to survive for months in your refrigerator. Thankfully though, it’s not rocket science to figure out whether your deli meat has gone bad.

Looks certainly can be deceiving when it comes to figuring out whether deli meat has spoiled. Is the surface looking a little slimy? It may be time to toss the meat away. This is usually because deli meat is prepared through brining it.

Eventually, the slime from the brining process comes back when it is starting to go bad. The brine isn’t usually going to be harmful to you, but it usually doesn’t taste too great either. As such it’s best to toss it out.

Now, this isn’t always the case. In some circumstances, that little bit of extra moisture on the deli meat can sometimes be problematic since it may make bacteria grow on the meat faster. This means it will go bad quicker.

It’s generally just up to you to decide whether that slimy deli meat should be used. If you are going to use it in this state though it’s best to thoroughly cook it beforehand.

This may seem obvious, but you shouldn’t even attempt to eat meat that has gone moldy or has changed color.

You should pay attention to the smell, too. If any of the meat smells a little stale or like it’s ready to go, it’s better to trust your instincts and toss it out. You will tend to find that deli meats smell bad much before the sliminess appears, and it can tell you that it’s not a good idea to try eating it.

If you taste the deli meat you can usually tell if it’s gone off, but this isn’t usually necessary if you have smelt and looked at it first.

Finally, pay attention to the best before date. With some foods it’s okay to go a little beyond the best before date, but this usually isn’t the case with meat. It’s better to be safe than sorry. If it’s gone past the use by date, it is a good idea just to buy a new pack of deli meat.

You should consider the general shelf life of deli meat if you have made it from scratch. There are also a wide range of different kinds of deli meats available on the market too, but they tend to have a similar shelf life. There’s no need to memorize different shelf lives.

How Long Is Deli Meat Good For?

If you don't care that much about convenience and you buy deli meat that hasn’t been sliced, that’s pretty handy since it doesn’t come with as many preservatives. It’s usually better for your health.

If you have bought the deli meat in packaging, it will usually come with a best before date that you can use to figure out how long it will last. It tends to last for a couple of days beyond the use by date if you haven’t opened it.

If you have bought the deli meat unsliced directly from the deli, however, it tends to last roughly 4 to 6 days. It needs to be refrigerated correctly if you want it to last for a long period of time. Using plastic wrap, freezer bags or aluminum foil is usually fine.

How Long Does Deli Meat Last - if It's Been Sliced?

Okay, so this is for all of you that don’t have the patience to manually slice deli meat! First of all, what about the slices that have already been packaged? Well, if you have bought the meat from a supermarket, you will usually find a best before date on the label. It will generally last a couple of days longer than that best before date, though not by many days.

If the meat has been sliced right at the counter in the deli or you have opened it, try to use it all up in around 4 days. Make sure it’s well wrapped in the fridge too, unless you want your entire fridge to smell like cooked ham.

That’s all you need to know about how long it lasts in the fridge. How about if you haven’t used it in time? This is when freezing comes in handy.

Can You Freeze Deli Meat?

One of the best things about meat is that it freezes very well. This is ideal if you buy it in bulk - you can just toss it into the freezer. There are some that will freeze better than others, though. For instance, turkey or chicken doesn’t tend to freeze for as long as something fatty like salami or pepperoni. For the most part though, frozen deli meat can last a while in the freezer.

If you are freezing it though, it’s best to slice it up first if you haven’t already. This will make the storage process much easier for you, especially if it’s in prepared portions. Once you have done that, you can then package the meats to put them in the freezer. Remember, some lunch meats freeze better than others.

It is absolutely vital to make sure that you do everything you can to protect the meat from the harsh cold temperatures. Wrap it very tightly in the freezer. If you only intend to keep it in there for a number of weeks then you can just single wrap it - just grab some plastic wrap, aluminum foil or a freezer bag.

If you plan on freezing it for longer though, double wrap it. For instance, use some aluminum foil and a freezer bag. Then you put it straight into the freezer.

What about thawing? In this case, you can just put the meat into the fridge after taking it out of the freezer, then put it onto a plate the night before you want to use it. It’ll likely be okay to eat by this point.