When the temperatures start to rise, people start looking for fruity tropical cocktails, and what says summer more than a delicious coconut cocktail?

In the Hawaiian language, coconuts are called nui. But did you know that coconut trees aren’t native to Hawaii? Nevertheless, they’ve been there for a long time. They first arrived in Hawaii several hundred years ago via early Polynesian travelers during prehistoric times, and they’ve been growing there ever since.

Coconut cocktails are refreshing and fun, and it’s so much fun to garnish them with a cute little cocktail umbrella and a pineapple wedge.

You can make coconut mixed drinks with coconut alcohol such as coconut rum, coconut vodka, and other coconut liquor.

However, you can also make a coconut drink with coconut cream for drinks (cream of coconut).

On this list, we’ve got cocktails with everything from rum to tequila to vodka. We even have a coconut mixed drink made with scotch and a coconut martini!

Are you ready to dive into this list of yummy coconut mixed drinks? Let’s go!

Although it looks gorgeous, you can make the Batida de Coco in just a few minutes. Also, the ingredients are easy to find.

Garnish your glass by rolling the rim of your glass in honey or Rose of Lime, then dipping the glass rim in toasted coconut.

This fruity cocktail is also appropriately called the Hawaiian Mimosa.

To make the Hawaiian Mimosa, you need cold Prosecco or champagne. And instead of the traditional orange juice usually used to make mimosas, you use pineapple juice.

Also, this cocktail has a shot of coconut rum in it, which is where it gets its coconut flavor.

Garnish your Hawaiian Mimosa with a pineapple wedge and a maraschino cherry.

Who doesn’t love a sweet minty mojito? Well, we’ve got a super treat for you: a coconut mojito.

The coconut flavor in this coconut mixed drink comes from coconut rum and cream of coconut.

Garnish with mint leaves and a lime wheel.

When punch is made with coconut rum, you know you’re in for a treat.

If you make your punch in a punch bowl, float lemon slices and orange slices on top. If you make glasses of coconut rum punch, garnish the glasses with the fruit.

What’s even cooler than a tropical coconut mixed drink? How about a coconut margarita recipe? We’re sold on this idea!

This recipe calls for cream of coconut, fresh lime juice, tequila, and an orange liqueur such as Triple Sec, Grand Marnier, or Cointreau.

Add a juicy lime slice or lemon wedge to make it even more gorgeous.

This gorgeous blue coconut cocktail gets its color from blue curacao liqueur, which is incredibly flavorful on its own.

To make this cocktail even better, you add vodka, which gives it a nice kick.

Blend all of the ingredients in a blender and serve in pretty glasses. Garnish the glasses with toasted coconut.

When it’s hot outside, nothing is as refreshing as a tall, icy coconut rum drink.

This cocktail is super simple and it’s not a creamy cocktail like some of the other delicious cocktails on our list.

To make this coconut cocktail, you need coconut vodka (you can also use coconut rum), fresh lime juice, fresh lemon juice, and coconut water. If you want your cocktail sweeter, you can use simple syrup.

Shake all of the ingredients in a cocktail shaker and drink over ice cubes.

There are times in life when only a classic tiki cocktail will do, and for those times, we present the Chi Chi cocktail.

The Chi Chi is loaded with fruity flavor, and this recipe calls for frozen pineapple chunks, pineapple juice, fresh lime juice, vodka, and cream of coconut.

Typically, the Chi Chi is blended, so you will need ice to get that job done.

Garnish with a pineapple slice and a maraschino cherry.

What do you think of a coconut milk cocktail that tastes like a chocolate milkshake? Allow us to introduce you to the Bushwacker drink.

Think of the Bushwacker cocktail as the combination of a chocolate mudslide and a piña colada. It’s basically heaven in a cocktail glass.

When you think of coconut mixed drinks, the first one to come to mind may be the classic Piña Colada.

A Piña Colada is usually a frozen drink, but you can drink it with ice cubes or crushed ice if you like.

The Piña Colada has rum, cream of coconut, and pineapple juice.

Garnish your Piña Colada with a pineapple wedge and a maraschino cherry. Oh, and this is when you can use those adorable cocktail umbrellas. Also, feel free to top this gorgeous cocktail with whipped cream.

Another classic coconut cocktail recipe is the Blue Hawaiian.

This gorgeous cocktail is made with Blue Curacao, but it gets tons of coconut flavor from the cream of coconut.

You’ll feel a bit of a kick from this beauty because it also has white rum.

Serve your Blue Hawaiian over crushed ice and garnish with a pineapple wedge.

If you love a classic piña colada, you’re going to adore the Painkiller cocktail.

The Painkiller cocktail was created in the 1970s and has aged rum, orange juice, and cream of coconut.

Shake all of the ingredients in a cocktail shaker, then serve this cocktail in a tall glass with ice cubes or crushed ice.

Top the Painkiller cocktail with some ground nutmeg and garnish it with a pineapple wedge, orange slice, and maraschino cherry.

This coconut cocktail is called the Coco Loco (loco is the Spanish word for “crazy”) because it packs quite a punch.

The Coco Loco has three types of liquor in it: vodka, rum, and tequila.

Coconut flavor comes from cream of coconut, but you can also use coconut rum if it suits you.

This “crazy” cocktail is mostly liquor, but it also calls for fresh lime juice and coconut water.

Garnish with a lime wheel.

If you want a coconut alcohol drink that feels more grown-up, you’re going to love this coconut martini.

A coconut martini is made with coconut rum, so you don’t even need to have cream of coconut in the house.

This coconut mixed drink recipe uses half and half and vanilla extract.

For garnish, roll the rim of your glass in honey, then dip it in roasted coconut. This coconut mixed drink feels like a dessert!

We will end our list of coconut cocktail recipes with this gem: Lime in the Coconut.

First of all, we love the name of this coconut cocktail. But it’s also a yummy drink.

To make this, you need rum, cream of coconut (or coconut milk), fresh lime juice, and sugar.

Blend all of the ingredients in a blender until very smooth.

We promised you a Scotch coconut drink and we have delivered it!

This coconut cocktail is stout because it has both aged rum and scotch. You’ll also need dry curacao, coconut water, demerara syrup, and mole bitters to make this strong drink.

Watch the video below to learn how to make the perfect Bacardi Coconut Cocktail. 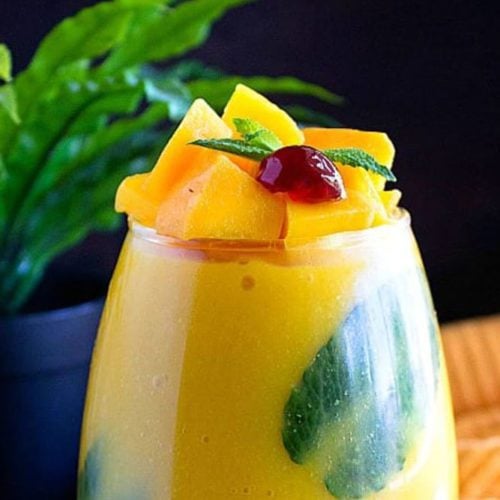 These recipes are sure to please. So, gather your family and friends and enjoy. Let us know your thoughts!
5 from 5 votes
Print Recipe Pin Recipe
Total Time 10 mins
Course Drinks
Cuisine American
Servings 2
Calories 290 kcal