Although they may appear similar, there are a few differences that set a cake and torte apart.

Contents show
What is a cake?
What is a torte?
The Ingredients
The Texture
The Size and Height Difference Between a Cake and a Torte
The Baking Temperature and Time
Decorating a Cake or a Torte
The Layers
The Fillings
The Difference in Density Between a Cake and a Torte
Frequently Asked Questions
What kind of cake is a torte?
Why do you torte a cake?
What does torte mean?
Final Thoughts
Related Posts:

While they are both categorized as deliciously tasty desserts, tortes are cakes but not every cake is identified as a torte.

We would agree that this sounds rather confusing, but the differences can be identified by the ingredients and the texture.

When plated side by side, a cake, and a torte appear very similar and for those who don't know any different, you wouldn't be blamed for thinking that they are the same.

To eradicate any confusion we have delved into the real differences between a cake and a torte below. 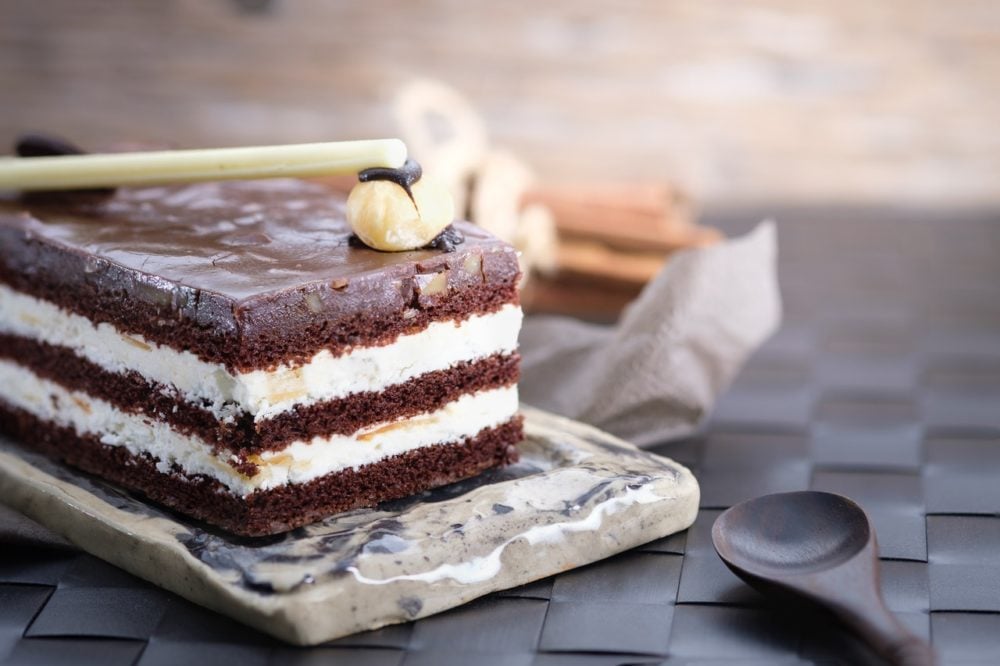 What is a cake?

A cake is a sweet food that is typically round in shape and baked.

Cakes can come in a variety of exciting shapes, sizes, and colors and you can create them with different designs and themes too. Think vanilla cake (or yellow cake)with cake layer after cake layer iced with butter cream dark chocolate or white chocolate frosting. I like mine with fresh strawberries and powdered sugar.

What is a torte?

Torte is a term that originates from the German word cake. In Italian, the word torte means round cake or bread.

A torte is a sweet multilayered filled cake. Think flourless chocolate torte. The best torte I ever had was a chocolate hazelnut torte in Charleston, South Carolina. The torte recipe was amazing, so many flavorful torte cake layers. I'll share the recipe shortly.

One of the main differences that distinguish a cake and a torte is the ingredients that are used to create them.

A cake is made from a selection of ingredients including sugar, eggs, and self-raising flour.

Of course, some may choose to use additional ingredients to create their cake depending on the flavor that they want to make, however, these are the basic ingredients that will be used.

A torte, on the other hand, tends to use heavier ingredients. Dissimilar to a cake, a torte cake uses a very small amount of flour, in some cases no flour.

Instead, a torte uses other ingredients like ground nuts or breadcrumbs. The ingredients used are likely to differ slightly depending on the type of torte that you are making. I like apricot jam.

Because of the ingredients that are used to make tortes, they tend to have a heavier texture than cakes.

The ingredients used to replace the self-raising flour (groundnut or breadcrumbs) have a heavier consistency. Cakes on the other hand tend to be fluffier and lighter.

The Size and Height Difference Between a Cake and a Torte

Tortes tend to be shorter than cakes because they aren't made with ingredients that make them rise. Although they have the same amount of layers as a cake, they are flatter and shorter.

Because cakes are made with flour, they are going to rise for the duration of time that they are baking.

The Baking Temperature and Time

Despite the difference in size, cakes and tortes share a very similar baking time and tend to be cooked at the same temperature.

Of course, it is going to depend on the size of the pan that is used and how many layers the cake or torte is composed of.

Decorating a Cake or a Torte

Cakes can be made in a variety of ways. Not only can they differ in shape and have multiple layers but they can also be made in different colors.

Tortes, however, tend to be more generalized. They almost always tend to be round in shape.

They are also filled with mousse, whipped creams, and fruits, whereas cakes generally have a layer of icing (like chocolate) or buttercream that separates the top and bottom sections. I do appreciate a nice chocolate cake, maybe with some chocolate buttercream.

Tortes are decorated with a glaze or cream frosting and soaked in a syrup beforehand to give them a more moist texture.

When decorating a cake you will find that you can be more adventurous with the toppings that you use and the colors that you add.

The decoration of cakes typically tends to be more elaborate because you can also use marzipan and ganache, etc. Tortes tend to be more elegant in their decorative appeal.

Cakes and Tortes can have more than one layer. Cakes are typically made with two or three layers, whereas tortes can have up to four layers or more.

Despite having more layers, tortes often still look smaller and flatter, and this is because of the different ingredients that are used, they do not rise as much.

You will likely find it easier to stack multiple layers of torte because they are flatter.

As mentioned a torte is filled, typically with cream, buttercream, mousse, jam, or fruits.

Cakes are separated by a layer of jam and buttercream, although icing can be used too. 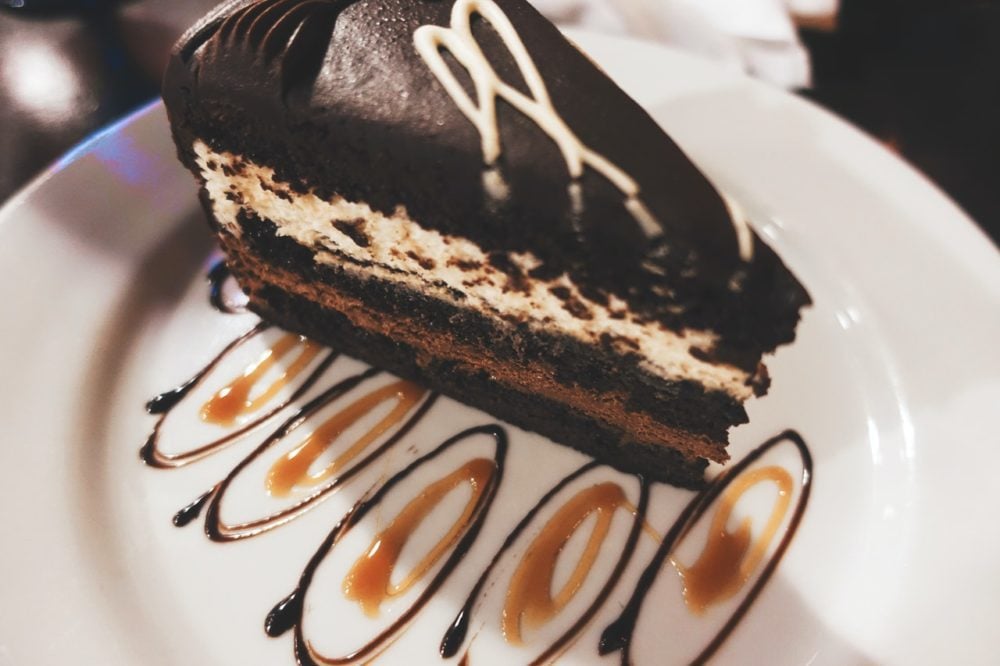 The Difference in Density Between a Cake and a Torte

Not only do cakes and tortes have a different texture but the use of different ingredients changes the density too.

Cakes tend to be lighter. However, a torte uses groundnut meal or almonds which makes it dense.

What kind of cake is a torte?

A torte is notably different from a regular cake. It is a sweet cake or tart that is usually rich and multilayered. It can have all sorts of different ingredients and fillings, such as whipped cream, buttercreams, mousses, jams or fruits.

Where a torte is particularly different from a regular cake is that it calls for little to no flour and usually tends to use ground nuts or breadcrumbs in its place. This gives the torte a much heavier texture and richer taste than a regular cake.

Even though tortes are generally multilayered, they still tend to be shorter than regular cakes. This is because they aren't made with ingredients that make them rise - they use little to no flour and instead use ground nuts or breadcrumbs.

Torts are almost always round in shape, and they are typically decorated with a glaze or cream frosting and soaked in a syrup beforehand to give them a more moist texture.

Why do you torte a cake?

The torting of a cake generally refers to dividing the cake into separate layers, and placing a layer of filling between the different layers.

Torting a cake helps to ensure that the cake will stack evenly. It is also sometimes done to thin the layers of the cake so that more layers of fillings can be added. Torting your cakes adds flavor, moisture, and a wow-factor to the finished dessert.

What does torte mean?

The word “torte” originates from Germany. The word is used to refer to a sweet cake or tart, that is usually rich and multilayered. It can have all sorts of different ingredients and fillings, such as whipped cream, buttercreams, mousses, jams or fruits. That’s the multinational version at least.

The American Merriam-Webster dictionary on the other hand defines torte as “a cake made with many eggs and often grated nuts or dry bread crumbs and usually covered with a rich frosting”.

Unlike a regular cake, a torte calls for little to no flour and uses ground nuts or breadcrumbs in its place. This gives the torte a much heavier texture and richer taste than a regular cake.

But in addition to its use as a noun, describing a type of cake, the word “torte” is also sometimes used as a verb, describing the splitting of a cake into separate layers, in order that some sort of delicious filling can be added in between the layers.

Possible options for fillings include the likes of whipped cream, buttercreams, mousses, jams or fruits.  This not only adds flavor to the dish but also adds moisture too, making it that bit more palatable and delicious.

Although bakers and professional chefs likely recognize the difference between cakes and tortes, many may enjoy consuming either of these without noticing.

Both are tasty sweet dishes that are enjoyed by many as a desert. The differences can vary depending on how you interpret both of these desserts.

Essentially cakes allow you to be more adventurous with your creativity because you make them in different shapes, sizes, and colors.

However, tortes, on the other hand, tend to be more sophisticated and elegant, although it is of course up to you to decorate the torte as you would like.

Some may decide to be more adventurous with the decoration and toppings used on their torte.

While they tend to be made with a similar number of layers, when baking a torte you can create more layers because they are flatter and this makes it easier to stack multiple layers on top of one another.

With a cake, however, as they rise more, you will likely be confronted with issues if you are attempting to stack more than 3 layers on top of one another.