When you think about eating oysters, you probably think about rich people in fancy restaurants sipping champagne on the side as they eat their meal.

Contents show
What are oysters?
So, are oysters vegan or are oysters vegetarian?
Are pearls vegan?
Benefits to the ecosystem
Frequently Asked Questions
Does an Oyster feel pain?
Related Posts:

Oysters have often been a meal that people either love or hate and are regularly seen as an aphrodisiac.

Because of their unique look and taste, there are many debates on whether or not these mollusks are vegan as they cannot feel pain due to the lack of nervous system. 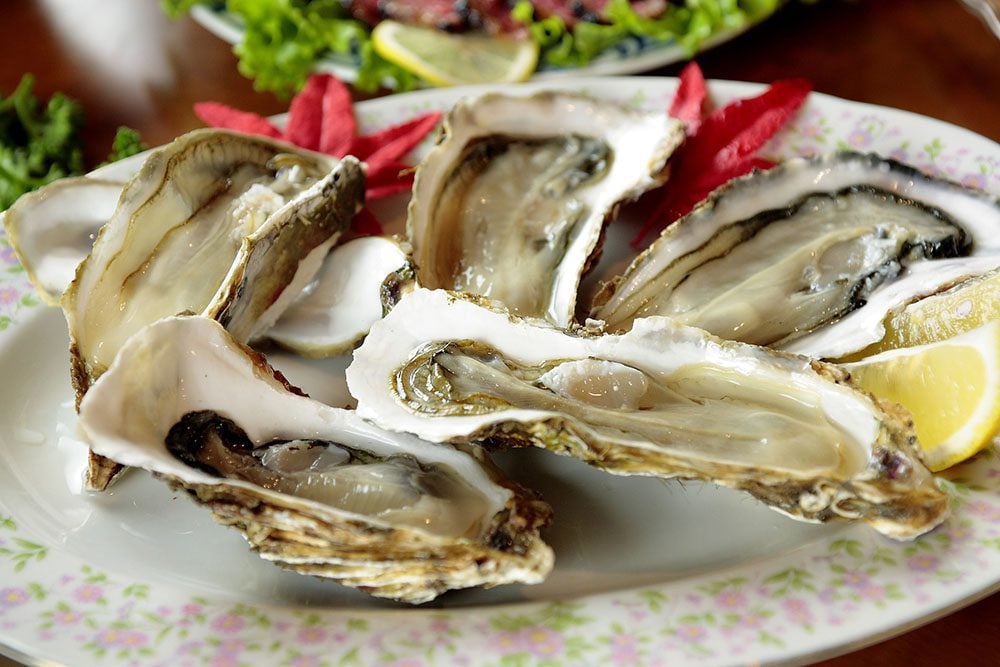 They are also usually eaten raw by using the shell as a dish as sliding the body of raw oysters down the throat in one go. Some vegans prefer the oyster mushroom or king oyster mushroom. Just add a little vegetarian oyster sauce or soy sauce and you're good to go.

Despite their associations with the upper classes, oysters used to be a regular food eaten by the working classes in the 19th century when they became hugely popular and could be found in large quantities at harbors.

They are usually freshly killed or shucked when eaten but some people do eat them raw as they believe it has a fresher taste.

As the awareness of animal consumption has increased in recent years, many people have been converting to vegetarian and vegan diets in a bid to reduce animal cruelty and live healthier lifestyles.

Oysters, therefore, have been the subject of much debate thanks to their unique qualities and the question of whether they are vegan or not has been asked by many.

In this mini guide, we’ll be taking you through everything you need to know about oysters and whether they are vegan or not.

Starting with some basic facts about oysters, we’ll then be discussing whether they are vegan or not to consume as well as whether their pearls are vegan before talking about what benefits oysters contribute to the ecosystem.

By the end of this guide, you’ll have a fully informed understanding of where oysters stand in the vegan debate as well as their benefits and qualities.

Oysters are known as bivalve mollusks which means that they have lateral bodies compressed within a tight shell.

There are five different species of oysters which are: Atlantic Oysters, European Flat Oysters, Japanese Oysters, Kumamoto Oysters and Olympia Oysters. From these five species, there are hundreds of different varieties of oysters that can be found around the world.

You can usually tell what species the oyster belongs to from the shape of its shell.

Oysters are usually known for producing pearls which are only found in certain varieties found at the bottom of the sea.

Oysters have been seen as a delicacy for many centuries and only became accessible to the working classes in the mid 19th century when the industrial revolution made way for easier global trading.

The simple answer is oysters are not vegetarian or vegan. This is because they are part of the animal kingdom even if they don’t feel pain.

Because they don’t have a nervous system and can’t feel pain, some people theorize that this makes them vegan but this theory has been debunked by animal experts and charities such as PETA.

As well as lacking a nervous system, oysters do not move so this also leads people into thinking that they aren’t living creatures.

However, it is recommended that both vegetarians and vegans avoid eating oysters as they are classed as being in the animal kingdom.

Oysters do contain Omega-3 fatty acids which are great for lowering blood pressure, however, there are plenty of vegan alternatives available on the market for a much more affordable price.

As mentioned earlier in this article, oysters are famed for the production of pearls.

Often seen as a valuable addition to jewelry, pearls have become symbiotic with oysters to the point where oysters are actually farmed for their pearls.

Some people believe that pearls are vegan because it is not consumed but just like leather, pearl is a byproduct of an animal.

Also, the way in which the pearl is taken from the oyster is done in a cruel way and with oysters being specifically farmed for their pearls, this automatically implies that the owners do not have the oyster’s best interests at heart and simply use them for the pearls and monetary gain.

So whether it’s because you don’t believe in the use of any animal byproduct or if you are completely against the cruelty towards animals, avoiding pearls is advisable to vegans.

It is important to note that there are plenty of faux pearl options available on the market that are animal cruelty free and more cost effective whilst looking like the real thing.

Benefits to the ecosystem

This is not well known, but oysters are hugely important to the ecosystem when it comes to the condition of the sea.

Known as natural filter feeders, oysters intake up to an incredible 50 gallons of water per day, ingesting all of the pollutants in the water.

The water is then filtered and purified within their shell and released back into the ocean. When considering how polluted the oceans are, it’s clear to see how important an oyster’s job is in the long run.

This means that it's hugely important that oysters are kept in the ocean to avoid it getting polluted any further.

This also means that the seabed grasses and aquatic life aren’t ingesting any pollutants or chemicals that are potentially harmful or fatal to them.

In conclusion, oysters are firmly not vegan despite what some people may believe. Just because they don’t move or have nervous systems does not mean that they are not part of the animal kingdom.

They are classed as seafood which means that they are not suitable for vegetarians or vegans and should not be consumed.

Because of this, pearls are classed as an animal byproduct and therefore should be avoided by anyone following a vegan lifestyle due to the cruelty that oysters face when they are farmed just so the owners can make money from the pearls.

It’s clear that oysters are a hugely unique asset to the environment and are best kept in the ocean and not in human’s mouths.

Does an Oyster feel pain?

As Veganism grows, many people have begun to argue whether or not Oysters should be classed as vegan-friendly. As we have discussed above, Oysters do not feel any pain. This is down to the fact that they do not have a central nervous system.

Due to this, they do not have a brain or any type of neuron processing hub, which means that they do not feel any pain at all. Even when pearl farmers open the oysters, the mollusk feels no pain.

That being said, once the mollusk is fully open it will not survive for long. If you ever see an open oyster, the mollusk has already been killed.

Now, some people feel strongly that due to this inability to feel the pain that oysters can be eaten by vegans. However, PETA has confirmed that as Oysters belong to the animal kingdom that they are not suitable for vegan consumption.