If you feel like you don’t know too much about alcohol, don’t worry, you’ve come to the right place! We’ve got you covered.

An alcoholic drink made with a distilled spirit has been around since the beginning. It started with the fermented beverage and grew to include fortified wine. It now includes whiskey, brandy, and other hard liquor made from distilled alcohol. Personally I enjoy mixed drinks with lime juice or lemon juice. 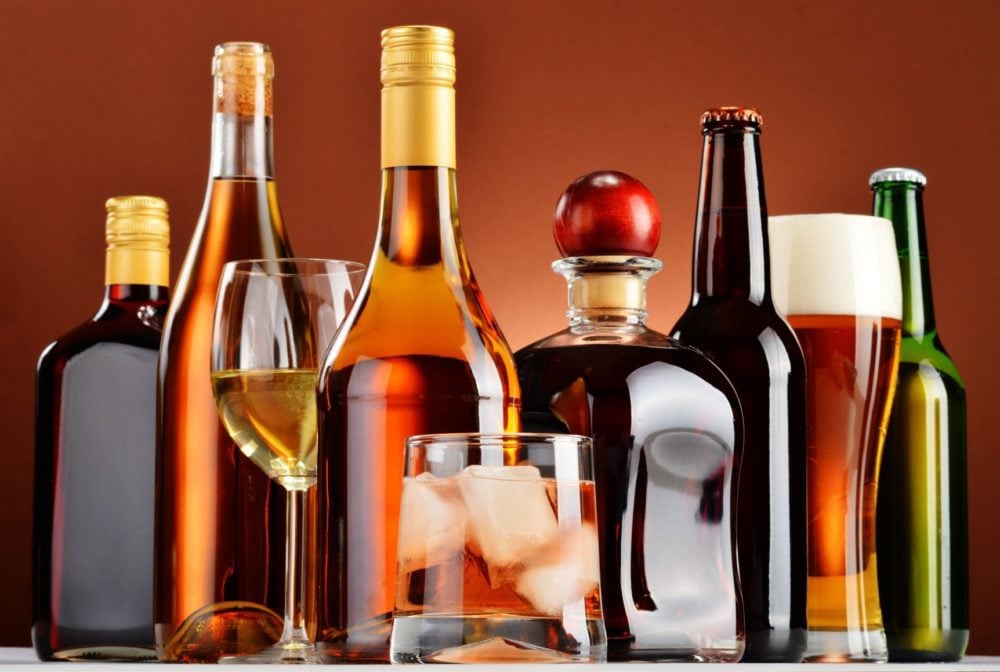 Alcoholic beverages can be derived from grains or fruit, and although there’s an incredibly wide range of different types of alcoholic drink, they are all produced following the process of fermentation.

Fermentation is when yeast or bacteria react with the sugars in these foods, releasing by-products of ethanol and carbon dioxide.

In this article, we’re going to give you a very quick run-through of several of the main types and subtypes of alcoholic beverages.

And we’re also going to cover some alternatives to alcohol and give you some tips on avoiding getting drunk.

Wines are sometimes considered a refined and sophisticated drink, originating from France. You can get sweet wines or dry wines.

There are 3 main types of wine, red wine, white wine, and rose wine.

Red wine is made from fermented red and purple grapes.

White wine is made from fermented green grapes.

As with red wine, there are several different types of white wine, including Sauvignon Blanc, Chardonnay, Pinot Grigio, and Riesling.

Rose wine is made from a wide variety of fermented grapes and is pink in color, almost a cross between red wine and white wine.

Champagne is a French sparkling wine, specifically from the Champagne region of France. It is generally notably more expensive than regular wine.

Beer is a more affordable beverage than the ones we’ve looked at so far.

It is also is one of the oldest and most widely consumed alcoholic drinks in the world. Beer is brewed from cereal grains, most commonly from malted barley, maize, and though wheat.

There are several different types of beer. We’ll cover the main types.

It usually has an alcohol content of 3.3 to 5%. It has a relatively mild bitterness and a hoppy flavor in the background to accent the malt flavor.

In contrast to brown ales, pale ale is typically fermented with predominantly pale malt, which gives its paler color.

Pale ales have an equally malt and hops taste. The average alcohol content is about 5% volume.

Technically, lager is also a type of beer but is fermented slightly differently from other beers.

Lagers can be pale, amber, or dark. Most lagers have around 6% volume of alcohol, but sometimes more.

Cider is also an affordable alcoholic beverage. It is made from fermented apples and like wines they can be dry or sweet.

On the whole, they have a slightly higher percentage volume of alcohol than beers, with an average between 4.5% and 7%.

Spirits are a very large category of alcoholic beverages.

The term is used to describe any alcohol whereby the fermented substance undergoes a distillation process to make it far stronger and more potent than other types of alcohol. 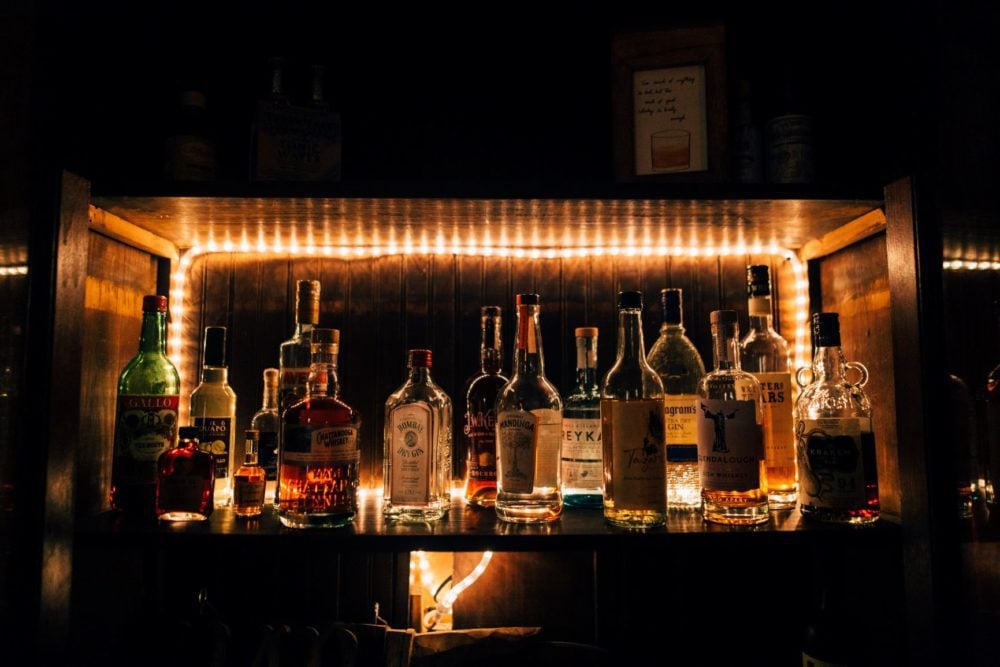 Although you can add tonics, sodas, and cordials to any type of alcoholic beverage, this is far more commonly done with spirits due to their significantly increased percentage volume of alcohol and heady taste.

You can also buy spirits that have already been pre-mixed with tonics or sodas.

Gin has really been trending in recent years. Gin is typically made from fermented juniper berries before being distilled. But it is now available in an incredibly wide range of flavors.

It can contain anywhere between 36 and 50 percent volume of alcohol.

Like beer, whisky is also derived from fermented grain mash such as barley, corn, rye, and wheat. It is the distillation process it undergoes that makes it taste so different from beer.

Whisky can contain anywhere between 40 and 68 percent volume of alcohol but is more usually in the early to mid-40s.

Rum is a liquor made by fermenting then distilling sugarcane molasses or sugarcane juice.

But despite being made from sugarcane, it is not always sweet. Its flavoring comes from the barrels where the rum is aged.

Rum can contain anywhere between 40 and 55 percent volume of alcohol.

Vodka is a clear spirit, usually made from potatoes, originating from Russia, Poland, and Sweden.

In the US, vodka contains a 40 percent volume of alcohol.

Tequila is a distilled beverage made from the blue agave plant.

Tequila can contain anywhere from 38 to 55 percent volume of alcohol.

Did you know it’s possible to drink beverages that taste exactly the same as alcoholic beverages but don’t have any alcohol in them?

Drinking Alcohol Without Getting Too Drunk

If you are new to drinking alcohol, perhaps because you’ve only just become of legal age, then you must exercise caution in your drinking.

To avoid getting too drunk, there are several different tips you can use.

This article is for information purposes only. We do not advocate or endorse the drinking of alcoholic beverages. If you do drink, please do so responsibly.

It is illegal to drive when you’ve had too much alcohol to drink. It is illegal and improper for minors under the legal age to drink alcoholic beverages such as those outlined in the article above.